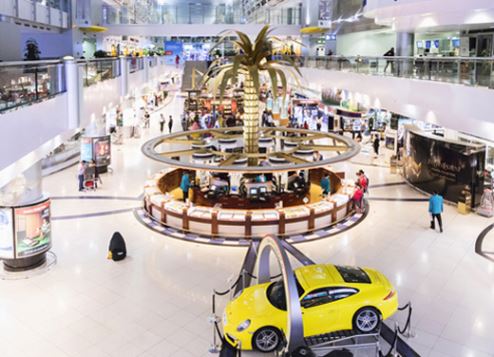 Dubai International Airport (DXB) reported another month of growth in February, with more than 6.3 million passengers using the airport.

According to the latest traffic report issued by operator Dubai Airports, passenger traffic reached 6,383,544 for the month, up 6.9 percent compared to the 5,973,727 registered in February 2015.

Eastern Europe was the fastest expanding market in terms of percentage growth (+14.6 percent), followed by the Indian subcontinent (+11.5 percent), North America (+10.7 percent) and the GCC (+7.9 percent).

Paul Griffiths, CEO of Dubai Airports, said: “This steady growth in passenger numbers coincided with the opening of Concourse D in February, which increased DXB’s capacity to 90 million passengers a year. Not only are we able to accommodate the rising passenger numbers, we have also boosted our service levels considerably.

“This month, we were deemed the third busiest airport in the world by ACI, moving up three places from last year’s ranking. Considering that we do not have domestic traffic, this is an important milestone. The continued rise in traffic at DXB is underpinned by our heavy investment in the infrastructure needed to facilitate growth for the 100 airlines that operate at our airport.”