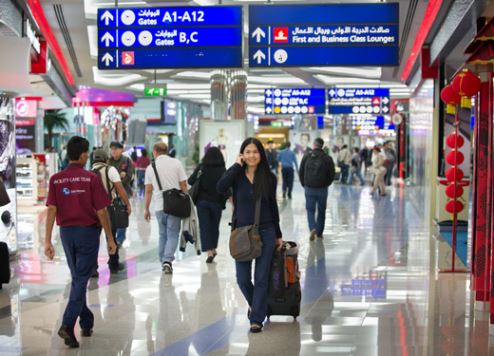 This represents a 7.2 percent increase compared to 6.2 million passengers recorded in May 2015.

Eastern Europe was the fastest growing region in May 2016, rising 16.6 percent, followed closely by the GCC region registering year-on-year growth of 16.3 percent – propelled mainly by a surge in contribution from destinations like Jeddah, Riyadh and Doha, while Asia passenger numbers grew 10 percent, according to Dubai Airports.

“With near record numbers expected in the coming weeks as a result of the seasonal travel peak, we are looking at solid growth for the first half of 2016,” said Paul Griffiths, CEO of Dubai Airports.

“Our focus is on maintaining and enhancing service levels, despite the high volumes. As is the case every year, we are prepared with additional staff at all touchpoints, including our May I Help You personnel, to assist and guide passengers. We have also launched the Hangout@DXB campaign to inform, entertain and surprise passengers. The idea is to encourage passengers flying out on holidays to arrive early to the airport to ensure a smooth start to their journey while making the most of the wide array of dining, shopping and relaxation options we have on offer at DXB.”