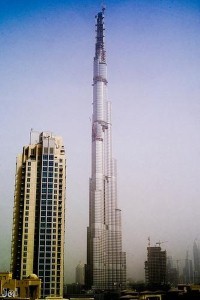 The first half of 2013 was an exceptionally busy time for Dubai Land Department's (DLD's) Valuation Committee, as the number of people looking to complete a real estate transaction soared.

Working alongside Dubai's Real Estate Appraisal Centre, the organisation valued 2,388 properties over the six-month period - a 41 per cent upturn on the corresponding months in 2012.

Overall, the Valuation Committee was asked to run the rule over real estate that was worth AED 89 billion (£15.7 billion), which was a 69.8 per cent increase on last year.

This is the latest in a series of recent studies that have highlighted the strength of the property market recovery and it is clear for all to see that investors have rediscovered their confidence. Indeed, the DLD revealed in July that the number of non-UAE nationals securing new buildings in the emirate rose by a staggering 73 per cent year-on-year in the first half of 2013.

'The amount of transactions that the committee sees serves as a gauge for progress of the market - with growth thus far being a clear indication of a recovering market and increased investor confidence,' he commented.

Unsurprisingly, the Valuation Committee said the price of land in more exclusive parts of Dubai - such as the Burj Khalifa - continued to rise at the start of 2013. Anybody looking to make a purchase in this part of town would have been forced to fork out AED 1,960 per square foot.

The Dubai Marina is also highly popular, with investors battling it out to secure apartments and villas in this swanky area. Although Jones Lang LaSalle predicts that 2,800 new units will pop up in the coastal region in the next two years, prices are still expected to rise sharply, so traders need to act quickly if they want to make serious profits.