Dubai's race to the top | The First Group

Dubai's race to the top 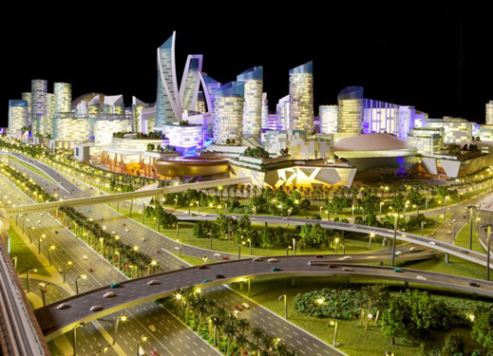 Dubai was recently ranked one of the top global destinations for international travellers in the MasterCard Global Destination Cities Index.

The destination took fourth slot after London, Bangkok and Paris respectively, marking three consecutive years the city has risen through ranks, jumping from eighth place when the index was launched in 2012 to seventh in 2013 and fifth last year.

“Since the inception of the Global Destination Cities Index in 2009, Dubai has continued to climb the ranks as an international travel destination for both business and leisure purposes,” says UAE Mastercard country manager Eyad Al Kourdi.

“The future ranking of the emirate looks very promising. As Dubai gears towards Expo 2020, we’re excited to see the opportunities that will unfold to reinforce its position as a key economic driver.”

Driven by insights on travel patterns, the Global Destination Cities Index provides a ranking of the 132 most-visited cities around the world and according to the study, Dubai will receive almost 14.3 million international visitors in 2015, an increase of 8 per cent since 2014.

Dubai was also ranked as the third air hub in the world in terms of international connectivity and is the only city in the Middle East and Africa (MEA) on the Top 10 air hubs list. The number of international passengers passing through Dubai International is expected to hit the 79 million mark in 2015.

Theses studies reveal Dubai is a firmly established world-class tourism destination of note, but statistics aside, there is much anecdotal evidence to support this argument.

Dubai’s famed Burj Khalifa – the tallest building in the world at 830 metres high – is ranked as one of the top three global tourist attractions for taking selfies, according to UK-based attraction booking site Attractiontix.

The firm analysed 219 million Instagram posts between October 2010 and January 2015 to come up with the list of global holiday snap hotspots and only the Eiffel Tower in Paris and Disneyland Florida recorded more photos from visitors posted on social media than Dubai’s landmark building.

Dubai is poised to become one of the world’s leading theme park destinations, thanks to a raft of new facilities opening their doors over the next three years.

Towards the end of the year Dubai Parks & Resorts will open three parks - Motiongate Dubai, Bollywood Dubai and Legoland Dubai and in 2018, Al Ahli Holding Group (AAHG) will unveil a 20th Century Fox World theme park, as well as the world’s first Fox-branded resort in 2018.

Dubai has topped the list of most desirable New Year’s Eve destinations in 2015, according to travel booking site Kayak.com

The OTA’s 2015 Travel Hacker Guide for the upcoming festive season revealed the cities that were trending over the NYE period based on the greatest increase in flight searches.

Dubai soared to first place with a 70% surge in flight searches compared to last year, which Kayak.com attributed to an increase in affordable airfares to the destination, as well as its reputation as the region’s party capital, home to magnificent NYE fireworks displays and world-class entertainment.

Dubai has long been deemed a playground of the rich and famous and stars from around the world love the city so much that they are making significant investments in the emirate’s tourism-related infrastructure.

Celebrity and Michelin-star chefs such as Gordon Ramsay, Gary Rhodes, Jamie Oliver, Jason Atherton, Sanjeev Kapoor, and Giorgio Locatelli have all put their names to restaurants in Dubai, while Hollywood actors including Robert de Niro and Mark Wahlberg are involved in high-profile F&B projects.

Dubai’s retail sector is thriving as big brands look to cash in on the city’s high-spending residents and visiting tourists. This has led to explosive growth in mall expansion and development projects.

One of the region’s leading mall developers, Majid Al Futtaim (MAF), recently completed the hotly anticipated AED 1 billion (US$272 million) expansion of Dubai’s iconic Mall of the Emirates complex adding more than 40 retail outlets and 12 dining establishments to the mix.

MAF also recently opened the doors to its sixth City Centre mall in the UAE and its 12th in the region - City Centre Me’aisem in Dubai’s International Media Production Zone (IMPZ). Plans are also afoot to build two new shopping centres bigger than Dubai Mall, which currently stakes its claim at the world’s largest mall.

One will be located in the new Mohammed Bin Rashid City (MBR City) and the other, the Mall of the World, will feature a climate-controlled leisure district covering 7km of sealed avenues including two that emulate the UK’s Oxford Street and New York’s Broadway.