Dubai's opera house will be multi-purpose 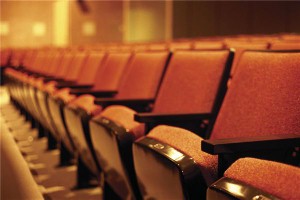 An opera house to be built in Downtown Dubai will feature multi-purpose technology that can convert it into an exhibition space or banquet hall.

According to the National, the design will allow for 900 of the house's 2,000 seats to be removed via hydraulic technology - located underneath the facility when not in use - and put in storage out of the way to open up more space.

The news came during Cityscape Global, which featured Theatre Project Consultants alongside the other two firms designing the project. Director of Theatre Projects Consultants Tom Davis likened the system to a school gym - where bleachers fold away - but much more advanced.

He said: 'What we do is use a series of mechanisms that collapse into each other. It's a process called spiralling. The seats are compressed into a cassette at the bottom and then into a column. It has been used before in a number of venues, but the challenge for us is to do it on this scale and to world standards.'

The 60,000 sq m opera house is also designed and shaped to resemble a traditional sailing vessel. It is set to open in 2015 and was originally announced last year by Dubai's leader Sheikh Mohammed bin Rashid to form the focal point of a 500-acre culture area in Downtown Dubai, which aims to attract more high-end tourists to the city.

Its potential use for both entertainment and business represents a larger, growing dynamic within the emirate. It is well known for both, with other locations such as the Dubai World Trade Centre hosting a variety of each. Within less than a month, the centre has recently featured Dubai Music Week and Game 13. It is also set to host Gitex Technology Week on October 23rd.

The design of the culture district was also advised by Mirage Leisure and Development. Dene Murphy, the company's founder, said big shows often need two years notice before booking, with a number of acts already in discussions as a result. He said promoters need to see the opera house as standing on the world circuit.