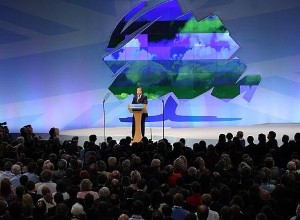 The meetings, incentives, conferences and exhibitions (MICE) tourism industry in Dubai is set to explode during the coming years, with the sector set to make a big contribution to the emirate's economy, according to an expert.

Simon Mellor, president of dmg events for the Middle East and Asia, told the Khaleej Times that the sector is already positively impacting the wider UAE, generating $653 million (£430.3 million) every year since 2000.

He described the sector as 'instrumental' in furthering organisational objectives and success and playing a vital role in the UAE's overall economic development.

'For one, meetings, conventions and exhibitions create economic value with increased travel and hospitality spending by MICE visitors who combine participation in events with leisure,' he continued.

He believes the UAE is providing business events with a consistently powerful platform for transmitting new information and fresh insights, helping transform the country into one of the world's leading knowledge economies.

Mr Mellor also feels that the market has been boosted to new heights due to the confluence of several factors, such as the increasing urban and resort development, as well as booming convention and business tourism.

Discussing Dubai specifically, Mr Mellor said that MICE tourism has grown rapidly in the emirate over the last few years and is expected to expand even further in the run-up to the World Expo 2020.

He added: 'Dubai, host to almost 27 per cent of all events staged in the region, is set to welcome more than 25 million visitors over a period of six months during the Expo.

'With the emergence of new businesses not just during World Expo 2020 itself, but also in the years leading up to it and long after its conclusion, the GCC’s $1.3 billion MICE sector is projected to witness a rapid and substantial upsurge.'

Mr Mellor believes the emirate's successful bid to host the event will positively impact the the economy of the UAE and entire GCC, as it has triggered momentum in the construction, real estate, tourism, hospitality and transport industries.