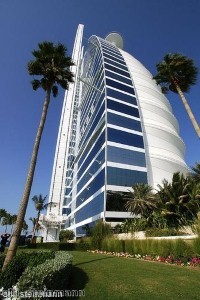 Preliminary statistics gathered by consultancy firm STR Global revealed the emirate witnessed a 2.8 per cent increase in revenue per available room (ReVPAR) when compared to results achieved during the same period in 2013.

According to the latest study, Dubai's hotels registered an average rate of AED 950.68 (£154.32). This is an extremely important result, as RevPAR is seen as an industry benchmark to gauge whether an establishment is performing well or not.

The average daily room rate also rose in March, to hit AED 1,089.82. This equated to a rise of four per cent against figures recorded for the same month last year.

Meanwhile, the study showed more new developments came onto the market, as the supply of available rooms increased by a solid 7.4 per cent. The addition of extra capacity is seen as central to the emirate's plan to increase visitor numbers to 20 million by 2020.

To do this, the government has unveiled a raft of measures to help developers build hotels. These include waiving the ten per cent municipality fee for a period of five years. All establishments with an anticipated completion date of before June 2014.

Furthermore, Sheikh Mohammed bin Rashid Al Maktoum, vice-president and prime minister of the UAE, announced plans to reduce the timeframe needed to obtain permission to construct new accommodation down to just 60 days. This is a sharp drop from current levels of between three and six months.

The STR Global report also found demand levels increased by 6.2 per cent last month. This triggered a slight fall in occupancy rates, which decreased by 1.2 per cent to reach 87.2 per cent.

Elizabeth Winkle, managing director at the consultancy firm, commented: 'While demand growth was strong, it did not keep pace with new supply, resulting in negative occupancy performance for the market. ADR grew by another 4.0 percent, and the increase in rate managed to offset the negative occupancy trend, leading to an overall positive RevPAR performance for the month.'

The company stated it would announce its final results for March in the next two weeks.