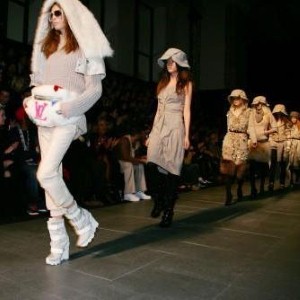 A new report released by Dubai Exports stated this was a rise of eight per cent compared to 2012. It suggested the emirate's manufacturing infrastructure was key to its success, alongside its image as a strong cosmopolitan hub and lifestyle destination.

Fashion was judged to be the best-performing sector, valued at AED 193 billion in 2013. Beauty was said to be worth AED 7.3 billion, while fragrances came in third place, with a valuation of AED 5.6 billion.

The study found per capita spending on personal care in Dubai is seen to be one of the highest in the world. Meanwhile, the influx of luxury global cosmetic brands and the presence of an elite consumer market is said to have guaranteed a wealth of opportunities for businesses in the emirate.

Dubai's exporting and re-exporting markets also witnessed an increase over the past year. The report showed both sectors enjoyed a rise of ten per cent between 2012 and 2013.

Because of the increase in the popularity of the fashion and cosmetic industries, the UAE is set to create dedicated zones which will cater for their needs. In Dubai, it is estimated there are a total of 30 manufacturing units, with similar numbers found in the other emirates.

The study recorded a high level of innovation and research in the fragrance sector in Dubai, while the emergence of new Arab fashion talent was also given as a region for the emirate's success. Furthermore, its geographical position among emerging markets was deemed to be a significant advantage.

Saad Al Awadi, chief executive officer of Dubai Exports, commented: 'The fragrance and allied sectors form a major component of trade in Dubai, especially the luxury and retail industry. As Dubai moves to a new level of growth and economic activity in the emirate continues to generate growing interest worldwide, it's time to take a fresh look at the potential in these sectors.'

Meanwhile, the Emirates Authority for Standardisation and Metrology announced it was going to work with the Fragrance Foundation Arabia to introduce new regulations governing the quality of perfumes. This is aimed at combating the growing levels of piracy and counterfeiting.