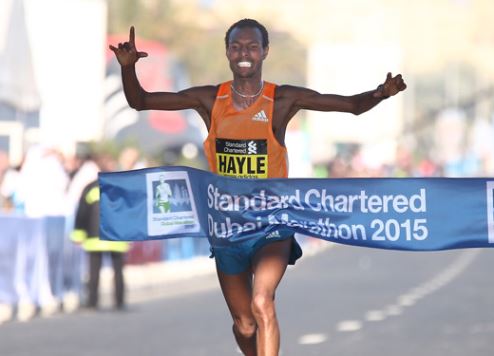 From horse and car racing to shopping and food festivals, not to mention a raft of sporting, entertainment and cultural events, Dubai’s 2016 calendar is looking action packed from start to finish

Dubai has played host to some of the world’s leading sporting tournaments for some time, but as the destination matures, the emirate is diversifying its events programme in a bid to attract a wider global audience.

In 2016 the city will offer residents and visitors its most impressive events calendar yet. Old favourites will include the Dubai World Cup, the richest horse race in the world, and the Dubai Shopping Festival, which this year celebrates its 21st edition, while new features include fitness-focused yoga and Zumba festivals and even the region’s first ever pet show.

Here we list some of the events you shouldn’t miss during the first quarter of the year (January to March 2016).

The 21st Dubai Shopping Festival (DSF) is the longest running festival of its kind and the largest shopping and entertainment extravaganza in the Middle East. It offers shoppers unbeatable deals and discounts at retail outlets and malls emirate-wide, complemented by a programme of celebrity performances, entertainment, competitions, activities and fireworks displays. This year Dubai Mall’s famous skating rink will be transformed into a runway at the Fashion On Ice event, while new DSF features for 2016 include a Market Outside The Box where one-of-a-kind gifts can be purchased.

One of the longest established sporting events in Dubai, the Standard Chartered Dubai Marathon gets bigger and better each year and attracts major local and global sponsors, as well as thousands of spectators. Runners choose from 3km, 10km and 45km races to raise money for charity. The prize money for winners ranges from US$8,000-200,000.

Jumeirah Beach behind Sunset Mall is the scenic spot chosen for this family festival where kites of all colours, shapes and sizes, flown by kite flyers from around the world, are showcased. It’s a visual treat that encapsulates the outdoor spirit of Dubai.

Dubai plays host to some of the world’s leading golf tournaments each year, including the Omega Dubai Desert Classic – a PGA European Tour staged at Emirates Golf Club that features a $2.5 million prize pool. Tiger Woods has won the event twice and Ernie Els, three times.

The third edition of this prestigious cycling race will see a star-studded peloton take to the streets of Dubai, featuring international cycling champions such as Olympic medalist Bradley Wiggins. The 2016 race will see 16 teams cover a distance of 671km. Run in four stages, the Dubai Tour will start at Dubai Marine International Club and finish at the Burj Khalifa, taking in the emirate’s key landmarks along the way including Meydan Racecourse, Al Mamzar beach, Maktoum Bridge, Old Town, the Union Flag and Burj Al Arab.

A must-attend for die-hard foodies, this festival celebrates all things edible, promoting local and global cuisine and featuring some of the world’s top chefs. Don’t miss the Beach Canteen and food trucks serving delicious street food.

This premier equestrian event, staged at Dubai’s iconic Meydan Racecourse, is the richest horse race in the world, with a combined prize purse of US$30 million. It’s also one of the UAE’s biggest social occasions, attracting residents and visitors alike who dress to impress.

Or why not try…

Zumba Festival DXB 2016, Zabeel Park, January 23: Open to everyone, this one-day fitness festival will get your heart pumping and your hips shaking.

Design Days Dubai 2016, The Venue, Downtown Dubai, March 14-18: The first design fair in the Middle East and South Asia of its kind gives visitors the chance to view some of the best limited edition and collectible designs in the region, presented by top galleries.

Pet Planet Middle East, Dubai International Marine Club, March 18: The first annual international pet fair and exhibition in the Middle East, this event not only brings together pet product suppliers and buyers, but offers a fun family day out with kids’ attractions, a grooming show, and more.