Dubai wants India to 'be biggest market for tourism' 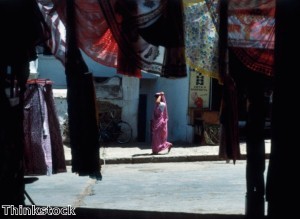 Dubai wants the emirate to emerge as the number one destination for tourism for Indian travellers.

That is according to Carl Vaz, director of the Department of Tourism and Commerce Marketing (DTCM), India. He told the TravelBiz Monitor that he would like to see Dubai to become the top destination for all types of visitors, such as those travelling for business or a wedding.

Mr Vaz described 2014 as "a good year for Dubai tourism as far as the Indian market is concerned" and is expecting an increase on the 888,835 Indian tourists that stayed overnight in 2013 last year.

He said that the DTCM would take a two-pronged approach to boosting visitor numbers, networking within India's travel trade and engaging consumers in promotions specifically aimed at the Indian market.

Looking to the future, he revealed that his department would be increasingly focusing on several sectors, such as leisure and adventure, and film tourism - encouraged by the positive impact the Bollywood movie 'Happy New Year', which was shot in Dubai, has had on tourism.

He added: "In 2014, we had a number of campaigns, like Summer is Dubai and campaigns for the Dubai Shopping Festival, for which we roped in OTAs [online travel agencies] and traditional travel agents as joint trade cooperative partners. These were highly successful. In 2015, we will continue to engage with our partners for these campaigns."

Earlier this month, the DTCM revealed that it is eager to make tourism a key driver of Dubai's economy and intends to launch more schemes over the coming year aimed at boosting the number of visitors heading to the emirate in 2015.