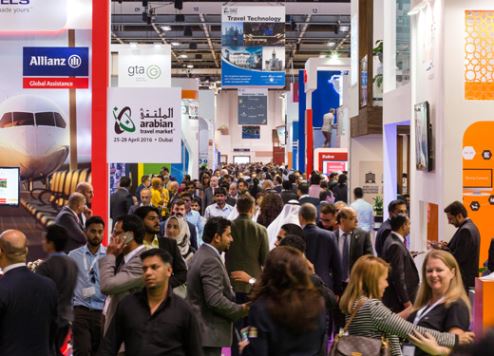 Evidencing the overwhelming confidence in the growth and development of the region’s travel and tourism industry, particularly Dubai, more than 28,000 trade visitors attended the event, which took place from April 25-28 at Dubai World Trade Centre (DWTC).

The 23rd edition of the travel and tourism industry showcase, organised by Reed Travel Exhibitions, also recorded a nine percent increase in the number of Buyers’ Club members, with a similar percentage hike in the number of VIPs, sponsors and speakers, compared to 2015.

“The initial estimated figures for this year’s show highlights ATM’s significance as a leading exhibition for the region’s travel and tourism sector, as an increasing number of destinations ramp-up efforts to drive travel and tourism as part of economic diversification and sustainability,” said Nadege Noblet-Segers, exhibition manager, Arabian Travel Market.

“The overall increase in visitor numbers and specifically the nine percent rise in key buyers (those with budget responsibility for regional and international contracting) underscores ATM’s importance to trade buyers and also means ATM 2016 is poised to top last year’s record US$2.5 billion in business deals facilitated.”

Held under the patronage of His Highness Sheikh Mohammed Bin Rashid Al Maktoum, Vice President and Prime Minister of the UAE, Ruler of Dubai, ATM has grown to become the largest event of its kind in the region and one of the biggest in the world. The 2016 edition boasted an additional hall compared to last year, with 423 main stand holders representing 86 countries, 64 country pavilions and more than 100 new exhibitors making their debut.

Dubai Tourism and its key stakeholders, such as Dubai Parks & Resorts, Emirates Airline and flydubai, commanded the biggest area of exhibition space on the show floor. Issam Kazim, CEO of Dubai Corporation Travel and Commerce Marketing (DCTCM), was among a number of high-profile speakers who discussed the future of the UAE as a tourism hub on day one of the ATM conference.