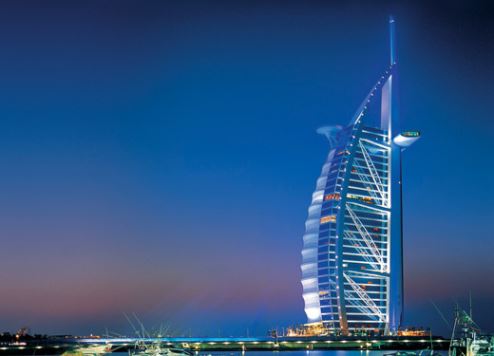 Dubai Tourism’s efforts to create a sustainable tourism industry for the future were noted too, with the Dubai Green Tourism Programme winning the Middle East’s Leading Sustainable Tourism Initiative category.

And on the cruise front, an industry Dubai has set its sights on developing at a rapid pace, Dubai’s Mina Rashid was voted the Middle East’s Leading Cruise Port.

And when it came to the Middle East’s Leading All Suite Hotel, the iconic, seven-star Burj Al Arab, operated by Jumeirah, won hands down.

Dubai International (DXB), which is the world’s busiest airport for international traffic, reporting a 78 million passenger throughput in 2015, was named the Middle East’s Leading Airport.

Now in its 23rd year, the World Travel Awards celebrates excellence across key sectors of the travel and tourism industry. Winners are initially selected at six regional ceremonies, including the Middle East event, before progressing to a year-end global finale. Votes are cast by travel industry executives and travel consumers.

Winners from the Middle East event will go forward to compete in the World Travel Awards Grand Final, which this year takes place at the Olhuveli Beach & Spa Resort in the Maldives on December 2.