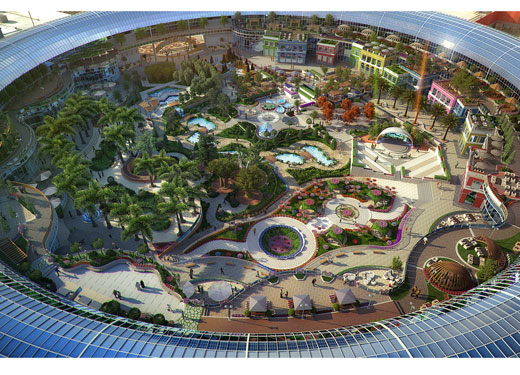 Already recognised as one of the world’s most popular shopping destinations, Dubai’s reputation will be further enhanced with the opening of these new mega malls in 2019

The first major retail destination to open in Jebel Ali, Festival Plaza will feature 120 stores – headlined by the city’s second Ikea outlet – and more than 40 restaurants and cafes as well as a premium multiplex cinema. The mall is located close to the upcoming Wasl Gate residential precinct, which will feature 7,500 new homes, and a short drive from the Expo 2020 site in Dubai South, as well as Dubai World Central International Airport.

The Palm Jumeirah’s long-awaited mega mall will finally open its doors in 2019. Nakheel Mall will feature 350 retail outlets, dozens of rooftop cafes and restaurants and a number of leisure attractions. Set over five floors, the mall will provide direct access to the upcoming Palm Tower and will be linked to the mainland by the Palm Monorail, along with the island’s main arterial road network.

The Night Market at Deira Islands

This outdoor souq will claim the title of the world’s largest night market when it opens later this year. The retail hub will stretch 1.9 kilometres along the new Deira Islands waterfront and will house more than 5,300 shops, restaurants and cafes. It forms the centrepiece of the new Deira Islands precinct, which is a 15.3 square kilometre waterfront city spread across four manmade islands that will effectively revitalise the city’s oldest district. When fully completed in the mid-2020s, it will add 40 kilometres of coastline including 21 kilometres of prime beachfront real estate to the city’s geography.

This remarkable retail development is being pitched as the world’s first ‘nature-inspired’ shopping destination, with its main attraction being a huge, 18,600 square metre open-air garden dubbed Central Park. Scheduled to open in the fourth quarter of this year, the mall, which is located adjacent to Global Village in Dubailand, will feature more than 350 retail outlets, 75 restaurants and cafes, a multiplex cinema with 10 screens and a water park and indoor amusement park. Central Park itself will be home to a 500-metre walking track, a Japanese-themed garden and an ancient garden featuring 300-year-old trees. A rooftop area is also planned which will offer shoppers a range of al fresco dining options and a birds-eye view of the garden 10 metres below. The mall will also be home to a 3,000-seat amphitheatre, providing a venue for performing arts in the city.

Speaking of performing arts, the landmark Dubai Arena is also on track to open in 2018. The air-conditioned, 46,000 square metre venue will be the largest indoor arena in the region, capable of accommodating up to 17,000 seated guests in its main auditorium. It will host major international concerts, sporting and gala events, and its interior design is already being favourably compared with world-famous venues including London’s O2 Arena. Located in Dubai’s City Walk precinct, the new venue is a worthy addition to the city’s growing portfolio of major events venues and should finally establish Dubai as a viable year-round destination for major international touring artists.