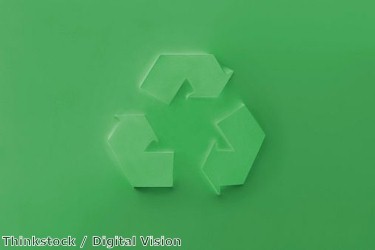 Dubai is working steadily but surely towards reducing its carbon footprint and becoming a more sustainable economy, the chief executive of the Dubai Carbon Centre of Excellence (DCCE) has said.

Speaking to the Khaleej Times, Ivano Ianelli said the city state is already a world leader in promoting sustainable energy and that it hopes to turn this into tangible results on emissions in the coming years.

He pointed out that many businesses in the Emirates are "aggressively" seeking out energy efficiency solutions such as solar power, not only to meet their environmental commitments, but also to ensure they stay ahead of the competition by saving valuable resources.

This appears to be an attitude that is rubbing off on members of the public too.

"People can effectively reduce their emissions by using day to day necessities. Encouraging consumers to use less, consume less and waste less is key to supporting the move to green economy. And I think we are making more and more of an impact," Mr Ianelli commented.

According to the 2015 UAE State of Energy Report, the UAE produced just under 20 tonnes of CO2 emissions per person back in 2010.

However, this figure should have significantly decreased by 2020 when Dubai hosts the World Expo, with the city state increasingly placing sustainability high on its list of priorities for current and future projects.

World Expos are a key platform to address sustainable development and improved quality of life and the 2020 event aims to be a "monument to the Green Economy", with Dubai aiming to become one of the top ten sustainable cities in the world by then.

It has already implemented plans including green building regulations, greener street lighting and improved cycle routes that should decrease road traffic with a view to achieving this.

Representatives from the DCCE are also to attend the Earth Day environmental conference on April 21st, which will take place at the Alliance Francaise in Oud Metha.