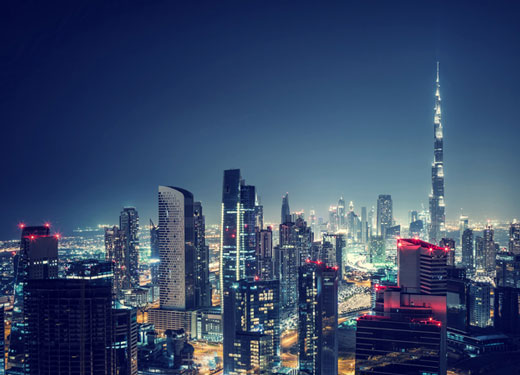 Dubai’s reputation as one of the world’s most popular destinations for foreign investors is set to be further enhanced following the decision to establish a dedicated Foreign Direct Investment (FDI) Unit in the UAE.

The launch of the unit follows a directive this month by President Sheikh Khalifa bin Zayed Al Nahyan encouraging the promotion and development of the UAE’s investment environment, in a bid to attract foreign capital to the Emirates.

The FDI Unit will be established and operated under the auspices of the UAE Ministry of Economy. Initiatives carried out by the agency will include establishing and maintaining a database of UAE projects attracting foreign investment as well as those that are in the pipeline. It will also work to standardise and implement a set of procedures aimed at smoothing the path for foreigners looking to invest in the country.

According to a statement issued via UAE government news agency, WAM, licensed foreign investment companies “will be granted the same treatment as national companies, within the limits permitted by the legislation in force in the UAE”.

The initiative spells good news for Dubai, which is already acknowledged as one of the world’s most popular destinations for FDI.

According to data issued by the Dubai Investment Development Agency (Dubai FDI), an agency of the Department of Economic Development (DED), FDI in Dubai rose 26% to $4.84 billion in the first half of 2018 compared to the same time period in 2017.

Meanwhile, the number of FDI projects in Dubai reached 248, a 40% increase over the same time period last year.

In encouraging signs for Dubai’s push to become “the world’s smartest city” by 2021, the Dubai FDI data revealed that 43% of all FDI projects in the first-half of 2018 involved medium- to high-technology investments. Since 2015, investors from the European Union and the United States have initiated 355 and 213 high-tech projects in Dubai respectively, realising capital investments of $5,738 billion and $3,990 billion respectively.

Dubai’s Smart City strategy has seen the emirate invest heavily in the development of intelligent infrastructure ranging from autonomous transportation to government e-services that leverage the capabilities of artificial intelligence (AI) and robotics.

“Our goal is for the entire city’s services and facilities to be available on smartphones ... we want to provide a better quality of life for all,” tweeted HH Sheikh Mohammed bin Rashid Al Maktoum, Vice President and Prime Minister of the UAE and Ruler of Dubai, at the time of the launch of the strategy.

These initiatives have attracted the interest of foreign investors. According to the FT’s fDi Markets Data & fDi Benchmark Study, 60% of total capex FDI in Dubai benefited the city’s medium- and high-tech sectors, earning the emirate the world’s top ranking in 2018 in terms of the share of FDI in technology transfer relating to AI and robotics.

"Dubai is leading the cities of the world by taking a big leap in the adoption of artificial intelligence to serve humanity and establish a global model of the city of the future as we aim to become the world’s largest laboratory for technology and research and development (R&D),” commented HH Sheikh Mohammed.