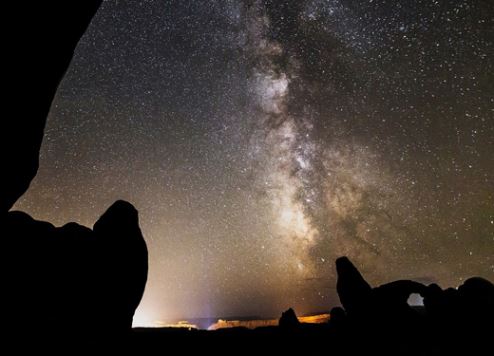 In an effort to establish Dubai as an “astronomy tourism” destination, the Dubai Astronomy Group (DAG) has revealed plans to roll out two new projects that will complement the existing Al Thuraya Astronomy Centre in Mushrif Park.

When these projects are completed, Dubai will become the region’s leading destination for astronomy enthusiasts, he said.

Al Hariri said visitors would head to Dubai to experience the unique opportunity to explore the sky and the planets at these three facilities.

The Al Marmoum astronomy park will also boast a resort designed exclusively for stargazers, he revealed. This will be built in a conservation area in the Dubai desert.

The large observatory planned for Hatta will be located on top of a mountain, accessible only by cable car.

Al Hariri said the executive office of His Highness Sheikh Mohammed Bin Rashid Al Maktoum, Vice President and Prime Minister of the UAE and Ruler of Dubai, had already signed off on the Al Marmoum project while approval for the Hatta project was pending.

The DAG also has plans to establish a Meteorite Centre that will house its vast collection of meteorites, some of which are 4.5 billion years old.