DUBAI: THE CITY OF ATTRACTIONS 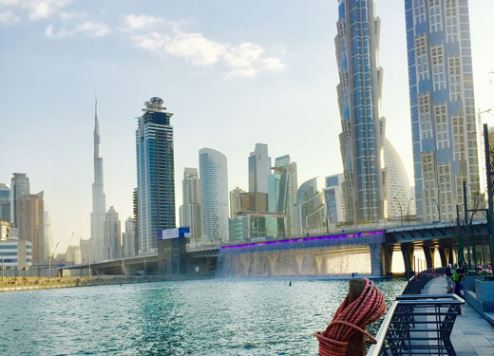 Dubai’s stated ambition to always offer something new, unique and world-class to every global traveler was realized on many fronts in 2017, with the introduction of a bevy of exciting attractions opening across the city.

The city’s newest beachfront district, La Mer, opened, providing families with a new hotspot for dining, playing and unwinding, while Etihad Museum was inaugurated to give the culturally curious an enriching overview of the birth of the UAE.

Dubai Opera also went from strength to strength with a packed calendar of performances by international artists and productions during the course of the year, further reflecting the evolution of the city’s cultural and artistic offering.

Dubai’s major theme parks – IMG Worlds of Adventures and Dubai Parks and Resorts (DPR) – also celebrated their first full year of operations in 2017, while new facilities such as Motiongate Dubai’s Lionsgate zone with its World of Hunger Games attractions added a new dimension to their offering.

Other landmark attractions to open in 2017 included Dubai Frame and Dubai Safari, with both facilities proving hugely popular with residents and visitors to the city.

Adding more depth to the heritage aspect of Dubai’s offering has been the development of Dubai Historic District, which has already inaugurated the Saruq Al Hadid Archaeological Museum and through 2018 will present a deeper and richer insight into the emirate’s roots for residents and visitors.

Adding to the mix is the UAE’s first national park, Al Marmoum, which launched in January. The park provides an opportunity for tourists to interact, learn and appreciate the wildlife flora and fauna of the emirate.

Dubai’s retail sector continues to play a key role in driving tourism growth. As such, the planned infrastructure expansions reflect confidence in the demand from Dubai’s growing visitor volumes, with 900,000 square metres of new retail space set to come online through 2019, adding to the 600,000 square metres built between 2012-2017. The size of the offering as well as its diversity – the emirate currently hosts 57.3% of global brands – has been furthered by Dubai’s Retail Calendar, which brings together the domestic industry around key retail-oriented festivals and seasonal activations to encourage greater consumption.

In terms of infrastructure, Dubai International Airport’s ongoing development remains crucial to servicing the emirate’s growth as one of the world’s most popular tourist destinations.

The airport continued its reign as the world’s number one international airport in passenger traffic terms in 2017, delivering 88.2 million passengers, up 5.5% from 2016, with plans to expand capacity to 118 million by 2023. Further growth in air traffic to Dubai will be also be fuelled by Dubai World Central, which in the longer term will ultimately have capacity to handle up to 240 million passengers a year.

Commenting on the overall growth and planned capacity increases across all key facets of a city that enable tourism demand, HE Helal Saeed Almarri, director general, Dubai Tourism, said: “As one of the key levers of visitor growth, hotels are integral to Dubai’s destination promise, reflected in the strong reputation this aspect of the city has garnered globally. In order to meet our ambitious targets and appeal to an ever-widening base and personalised preferences of today’s traveller, it is imperative that the hospitality sector is geared to not only meet and satisfy demands but also to deliver a lasting impression that creates advocates for Dubai, driving repeat visitation as well. Ever evolving to incorporate more options for visitors, Dubai’s tourism proposition already has a diverse mix across all key pillars of our proposition, including Retail, Gastronomy, Beach and Marine, Adventure, Family Entertainment, and Events.”