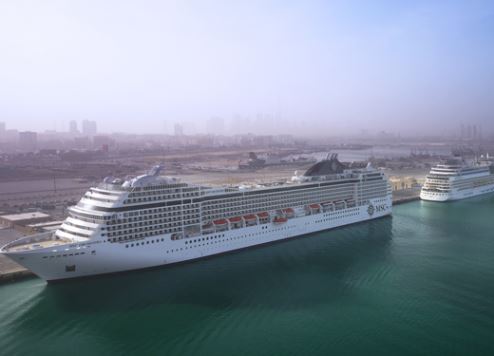 Dubai’s Roads and Transport Authority (RTA) has signed an exclusive contract with DP World to provide taxi transfers to and from The Hamdan bin Mohammed Cruise Terminal at Rashid Port in Dubai.

The RTA's Dubai Taxi Corporation will provide taxi and VIP limousine services for passengers disembarking the growing number of cruise liners arriving in the emirate.

Rashid Port is expected to receive 650,000 cruise tourists during this period, up 30 percent on last year.

Dubai Taxi Corporation, which has a fleet of more than 5,000 cabs, offers a range of transport services, and made more than 47 million trips serving about 94 million customers in 2015.

Sultan Ahmed Bin Sulayem, CEO and chairman of DP World Group, said: “We are very keen to team up with RTA’s Dubai Taxi Corporation to ensure the provision of taxicabs for tourists arriving through the Cruise Terminal of Mina Rashid and offer them access to high-class transit services.”

Dubai recently revealed ambitious plans to attract one million cruise tourists by 2020 – part of its overall strategy to welcome 20 million tourists by the end of the decade.

Of the 157 ship calls this season, 10 will be maiden calls, further cementing Dubai’s reputation as the Gulf region’s leading cruise hub.

Dubai is making solid progress in the cruise tourism arena, but plans are afoot to take its offering to the next level.

This will involve connecting terminal 2 and 3 with a 465-metre bridge, as well as increasing the number of quays, while an additional terminal will be built to create more capacity to accommodate the increasing number of cruise ships visiting Dubai.