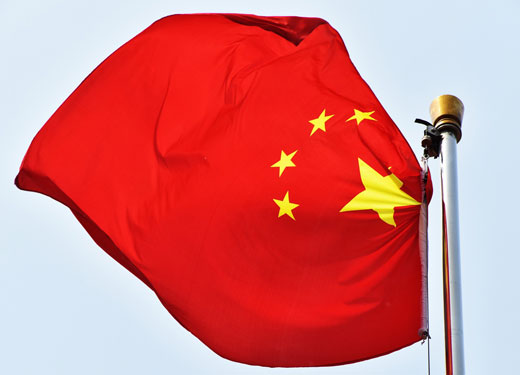 Dubai Tourism is aiming to drastically boost the number of Chinese visitors to the emirate, following the signing of a number of landmark agreements with major Chinese tech firms and travel operators.

The companies, which range from China’s largest e-commerce firm, Alibaba Group, to telco Huawei, will partner with Dubai Tourism to promote Dubai as a world-class tourism destination in the People’s Republic.

The development comes hot on the heels of Dubai Tourism’s initial agreement with Huawei, which saw the firm pre-load images of Dubai’s iconic tourism attractions such as the Burj Khalifa and Burj Al Arab, on to mobile phones sold in China.

Speaking to Dubai-based daily Gulf News, Issam Kazim, CEO of Dubai Corporation for Tourism and Commerce Marketing (DCTCM), said: “These agreements are not just about partnering with the companies to have our content present on their platforms, and educating people about Dubai and pushing our messages, it’s about leveraging” their reach and stature in the market.

The agreements will “elevate the existing level of cooperation between Dubai Tourism and the Chinese private sector”, he added.

Under the terms of the new agreement with Huawei, the firm will expand its range of Dubai-related imagery and material delivered to user devices to include user-generated and ‘official cinematographic content’, according to a statement issued by the partners.

Huawei Mobile Services will also offer a range of related multimedia content to subscribers through its recently updated SkyTone travel and roaming apps.

Noting the importance of the partnership in Dubai Tourism’s China strategy, Kazim says: “Huawei’s leadership in reach and penetration across China, the Middle East and Africa makes [it] the ideal partner to drive a massive boost to our tourism appeal and outreach efforts in all these strategic markets for Dubai. Our aim is to not only market and promote Dubai as the ‘must visit’ holiday destination to consumers in China and the MENA regions, but also to collectively enhance the Chinese consumer experience through future-focused solutions during their travel to Dubai."

China looms as one of Dubai’s most important tourist source markets over the next decade, as well as a vital source of investment.

The number of Chinese overnight tourists to Dubai jumped 60 percent in January alone, peaking at an impressive 102 percent. During the first two months of the year, 157,000 Chinese citizens visited Dubai.

The surge in Chinese tourists was attributed to several initiatives including destination marketing campaigns, but particularly the UAE government’s decision to grant Chinese nationals visas on arrival.

Chinese state and private investment is also rising year-on-year in Dubai, while the emirate’s real estate sector is proving its appeal. In 2017, Chinese nationals ranked sixth in terms of the value of total real estate investments in Dubai, just behind Pakistani and British nationals and ahead of Egyptians, Russians, Jordanians and Canadians.