Dubai: Summer in the city 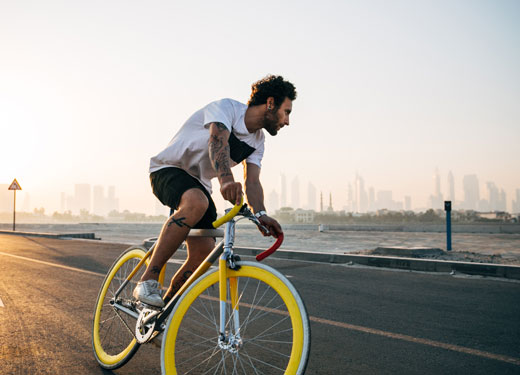 The annual retail extravaganza, which runs from 21 June to 3 August this year, has expanded its scope in recent years to include a number of exciting discount leisure activities and family-friendly tourism promotions.

From sporting events to discount accommodation, DSS is now one of the city’s most popular annual initiatives, attracting visitors from across the region and worldwide.

Now in its 22nd year, Dubai Summer Surprises (DSS) has this year attracted the involvement of more than 700 brands participating across more than 3,500 outlets, with discounts ranging up to 75%.

This year’s ‘Deal of the Day’promotion will be staged every day of the week until 31 July. The retail outlet and daily sale deal will be announced via Twitter @DSSsocial 24 hours in advance.

Shoppers who spend AED200 or more at Dubai Shopping Malls Group, including Al Bustan Centre, Al Mulla Plaza, Burjuman, Al Barsha Mall, City Centre Me’aisam, Dubai Outlet Mall, Etihad Mall, Oasis Mall, Reef Mall and Time Square Centre, will go into the draw for a chance to win an Infiniti Q30. One car will be given away each week of DSS.

Dubai’s Wild Wadi Waterpark is offering special DSS discounts to GCC residents, with entry priced at just AED249 for adults and AED149 for kids. The entry package includes the price of a meal purchased inside the water park.

Aquaventure Waterpark at Atlantis The Palm is offering 40% discounts on the price of entry to UAE residents, while at IMG Worlds of Adventure, visitors can purchase one full price ticket and get another free. Meanwhile, Dubai Parks and Resorts has slashed the cost of one-day entry passes to AED99 for UAE residents.

Kids Rock Festival is also making its debut this year at Dubai Festival City Mall, with a host of stars from popular kids animation PJ Masks appearing daily ‘till 11 July, followed by Angry Birds from 12 July to 4 August.

The popular Ripe Market and its collection of food trucks and stalls featuring wares from local designers also returns to Dubai Festival City Mall this DSS until 4 August.

One of this year’s highlights is Just Action from UAE multisport academy Just Play. Staged in a dedicated arena located within DWTC, the facility features trapeze, acrobatics, wall and rock climbing, parkour, martial arts presentations and a Ninja Warriors course.

Dubai’s AC Milan Academy is also making its debut at DSW this year, alongside Ball Above All, Just Cricket and Centerline Academies representing basketball, cricket and volleyball respectively. This brings the total number of academies active at DSW to 14, with 20 sports played over 50 pitches inside the building.

For visitors to Dubai during the summer months, the Dubai Pass offers up to 60% discounts on more than 48 attractions across the city, including theme parks such as IMG Worlds of Adventure, Wild Wadi Waterpark and Bollywood Parks Dubai.

The pass is priced from AED399 for adults and AED389 for children and can be purchased in advance. Three packages are available: Dubai Select, which offers up to 50% discounts on three must-see attractions of your choice; Dubai Unlimited, which provides discounts of up to 60% on 48 great attractions over a three-day visit to the city; and the Dubai Theme Park Pass, which offers up to 50% discounts on multi-day and multi-park entries. For more information, visit: https://www.visitdubai.com/en/deals-and-offers/dubai-pass