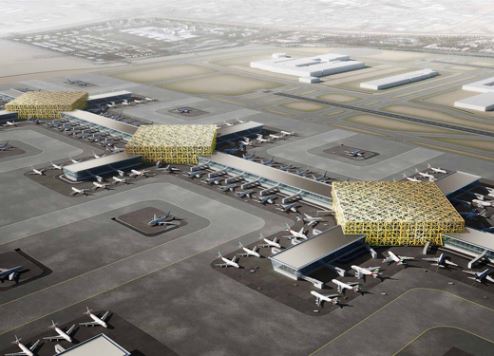 His Highness Sheikh Ahmed bin Saeed Al Maktoum, President Dubai Civil Aviation Authority and Chief Executive of Emirates Airline and Group was the guest of honour at a ceremony staged to celebrate the anniversary, which took place at the Palazzo Versace hotel.

“The foundation of Dubai South is testimony to the visionary leadership of our ruler, His Highness Sheikh Mohammed Bin Rashid Al Maktoum, without whose guidance, support and direction none of this would have been possible,” said Sheikh Ahmed.

“In 2006, guided by our ruler’s foresight and vision to see Dubai take centre stage as the aviation capital of the world, we set out to build the first master-planned aerotropolis, creating an innovative global gateway that would offer new standards of seamless connectivity. The future economic platform of Dubai, and an integrated urban destination, Dubai South is proudly etching a new blueprint for cities of tomorrow as it rightfully takes its place as the City of You.

“And while our work is nowhere near done, we have covered great distances, made enormous strides and are a decade closer to the finish line. After all, ten years is just the beginning.”

This year, more than 1,153 new companies established a presence in Dubai South, marking an unprecedented growth of 43 percent.

This is testament to the hub’s unparalleled infrastructure and strategic location, providing companies with the perfect platform to extend their reach and participate more effectively in the global value chain.

This year also saw Dubai South launch its real estate project, The Pulse – a set of communities designed to enhance the happiness of residents - while work commenced on Emaar South, a joint venture between Dubai South and Emaar.

Dubai South covers 145 square kilometres and will ultimately sustain a population of one million. It is also home to the Expo 2020 Dubai site.

The city is mandated to embody the vision of Sheikh Mohammed by manifesting the urban and societal themes outlined in the Dubai Plan 2021.

These themes relate to transforming Dubai into a smart and sustainable city where the people are happy, creative and empowered.

The plan aims to ensure Dubai is a preferred place to live, work and invest, is home to an inclusive and cohesive society, and is also a pivotal global economic hub.