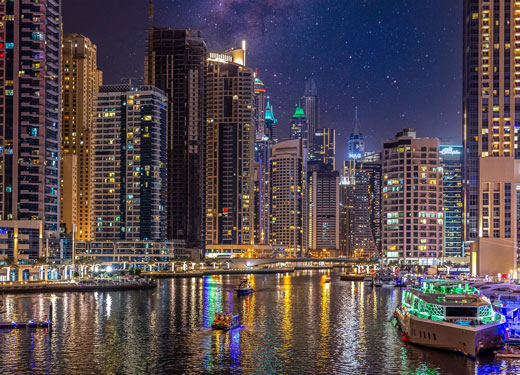 Dubai set a new annual benchmark in terms of international visitor numbers in 2019, with

The result exceeded the United Nations World Tourism Organisation’s (UNWTO) preliminary forecast for tourism arrivals to Dubai by more than 1%.

Regionally, Western Europe continued to dominate, accounting for 20% of all arrivals (3.4 million). The GCC ranked second with just over 3 million visitors, followed by South Asia (2.7 million).

Commenting on the results, HE Helal Saeed Almarri, Director General of Dubai Tourism, said: “The strong performances across our diversified spectrum of traditional strongholds and fast-growing high value segments have continued to solidify the global competitiveness and sustained resilience of Dubai’s tourism sector.

"This past decade, and 2019 in particular, have delivered unmatched acceleration in Dubai’s stature as a ‘Destination of Choice’ for global travellers assuring advancement towards the vision of His Highness Sheikh Mohammed bin Rashid Al Maktoum, Vice-President and Prime Minister of the UAE and Ruler of Dubai to make it the number one most visited, preferred and revisited global city.

"While the global economy remains in a state of flux, we can clearly see an exciting opportunity to further grow Dubai’s dominance in the tourism industry in 2020, and to pioneer the next decade for global travel, offering unique and transformative tourism experiences created and driven by our strong appetite for radical innovation and stakeholder collaboration.”

Dubai is forecast to attract 20 million visitors in 2020, thanks largely to the anticipated influx of international arrivals for Expo 2020 Dubai, which opens in October.

Dubai to benefit from increase in EU tourism...