Dubai 'set for next cycle of growth' 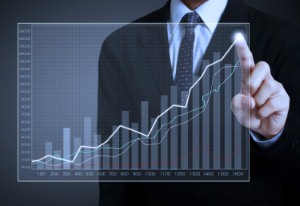 Dubai is set for steady growth over the course of 2015, with the emirate's public–private partnership (PPP) model putting infrastructure online and attracting investor interest, according to a new study.

Released by the Oxford Business Group (OBG) on March 29th, the 'Report: Dubai 2015' claims that several sectors will support the economy and draw in major investments to drive the emirate's next phase of growth.

Oliver Cornock, managing director of the firm, commented: "We expect initiatives such as Dubai's plans to introduce the PPP (public private partnership) model and get public infrastructure online to be instrumental in boosting investor interest, bringing an opportunity to broaden the emirate's tourism industry and other related sectors."

One of the sectors that OBG believes will drive growth is real estate, with the report noting that Dubai’s property market has bounced back and residential supply is once again on the rise, with supply up ten per cent from 2011 to 2014, reaching 377,000.

Andrew Jeffreys, the firm's chief executive, added: "While the 2020 Expo is making headline news, it remains just one of many exciting initiatives planned for Dubai which will serve the emirate well as it continues to develop its economy."

The report added that the latest developments, such as hosting the Expo, have put the emirate's economy on course to notch up gross domestic product growth of around 4.5 per cent in 2015 and 2016.

This is in line with the estimates that have been released by senior Dubai officials over the last few months.

Other sectors OGB expects to play an important role in supporting the emirate's economy include retail, transport, maritime and capital markets.