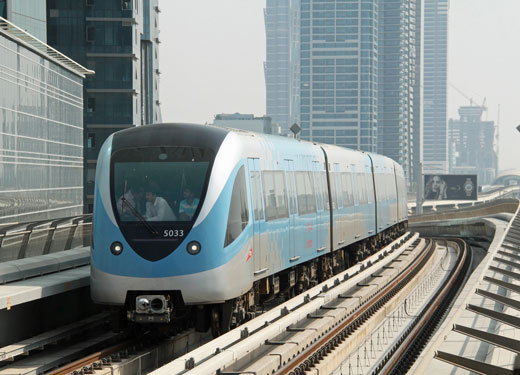 Dubai authorities have invested more than AED100 billion ($27.2 billion) in roads and transport infrastructure to date, with this figure set to grow further in the coming decade, a new report published by the emirate’s Roads & Transport Authority (RTA) has revealed.

The report, which was written by the University of Reading’s Henley Business School in the UK on behalf of the RTA, found the primary benefits of this investment related to the success of the Dubai Metro, the city’s automated mass transit system.

According to the study, the Metro generated economic benefits worth in excess of $18 billion in its first seven years of operation. The Metro launched in 2009 and has proven hugely popular with residents and visitors to the city. RTA data shows more than 120 million passengers use the service each year.

The study aimed to demonstrate the cost benefits associated with the ongoing expansion of the Metro network.

“Every dirham spent on the Dubai Metro has yielded a return of 1.6 dirhams to the economy of the emirate in 2016, and this return will shoot to 2.5 dirhams and 4.3 dirhams in 2020 and 2030 respectively,” the RTA said in a statement following the publication of the report.

Speaking at the launch of the report, RTA director general Mattar Al Tayer said: “At a time when RTA celebrates the ninth anniversary of Dubai Metro, this study underlines Dubai’s keenness to invest in improving and widening its infrastructure, since it is the backbone of driving the competitiveness of cities and countries.

“The sustained improvement of roads, as well as transit systems and services witnessed by Dubai since the establishment of the RTA in 2005 have generated savings of as much as $34bn (AED125bn) in the cost of fuel and time.”