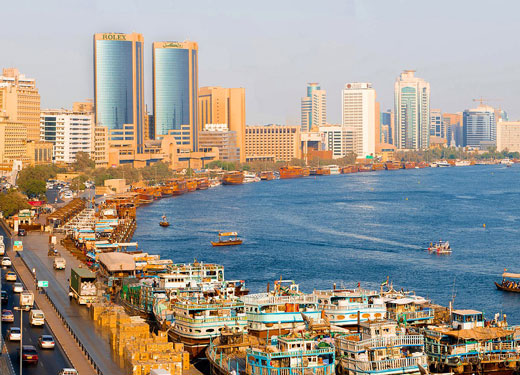 Dubai has marked another economic milestone, with the value of external trade surpassing AED1.3 trillion (US$350 billion) for the first time in 2019.

The result puts the emirate well on track to reach its 2025 trade target of AED2 trillion.

In terms of values, the value of exports rose 22% YoY to AED155 billion, re-exports grew by four percent to AED420 billion and imports rose by three percent to AED796 billion.

The results capped a remarkable decade of economic growth for Dubai, with external trade volumes rising 70% in the period spanning 2010-20.

Commenting on the results, HH Sheikh Hamdan bin Mohammed, Crown Prince of Dubai and Chairman of the emirate’s Executive Council, said: "Dubai’s external trade has contributed significantly to the emirate’s economic achievements, further raising its status as a global hub for trade, business and tourism, giving it a solid platform for growth in the next 50 years and creating the optimal conditions for more sustainable development across sectors.

"Inspired by the vision of His Highness Sheikh Mohammed bin Rashid Al Maktoum, UAE Vice President, Prime Minister and Ruler of Dubai, Dubai’s external trade sector is progressing steadily towards the 2025 trade target of AED2 trillion set by His Highness. All government entities are working seamlessly together to provide the best services, facilitate trade and foreign investments, and further develop infrastructure across the emirate, especially at airports and free zones, to galvanise its journey of excellence and enhance its role as a commercial bridge between the east and west.

"Furthermore, hosting mega-events such as EXPO 2020 will provide opportunities for the international trade sector to explore new possibilities and expand growth."