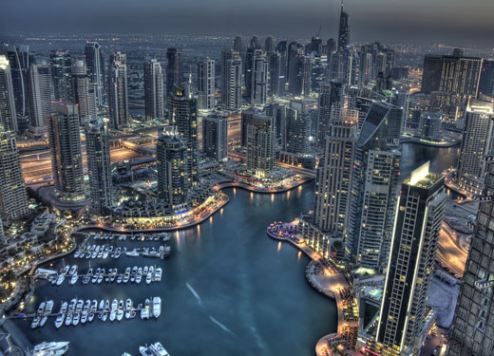 Dubai’s property sector went from strength to strength in 2017, with the total number of real estate transactions reaching 69,000 – a 14% rise compared to 2016 – for a total value of AED285 billion (US$57.3 billion), according to new data published by the Dubai Land Department (DLD).

Commenting on DLD's Annual Transactions Report, which summarises the market activity over the past year, Sultan Butti bin Mejren, Director General of DLD, said: "The figures disclosed in the report for total transactions including sales, mortgages and others, confirm the current strength of the Dubai real estate market, in particular when compared against the past two years.

"The 2017 report sends reassuring messages of renewed cycles of growth in the coming years, especially when we take into account the modern-day infrastructure that exists in Dubai. The numbers and figures contained in the report confirm the strength of the Dubai real estate market and its ability to grow from year to year. Among the positive signs of the report is the lead UAE nationals have in investments, as well as the diversity of the investor base which reflects the attractiveness of the Dubai real estate market to global investors."

In regard to buyer demographics, nearly 23,000 foreign investors made approximately 30,000 transactions worth around AED 56 billion in 2017.

Other active investors include Chinese, Jordanians, Egyptians and Canadians.

The data also demonstrated that the number of female investors was rising, with 11,773 women entering the market and making a total of 14,316 transactions worth over AED 27 billion.

Bin Mejren concluded: "Such results would not have been possible without our firm commitment to the vision of our wise leadership, and our keenness to achieve the highest levels of excellence in our innovative services that will reassure all segments of investors, allowing Dubai to remain an attractive investment environment for investors seeking a safe return on investment. That is clearly seen through the base of investors of more than 200 nationalities from all continents of the world."