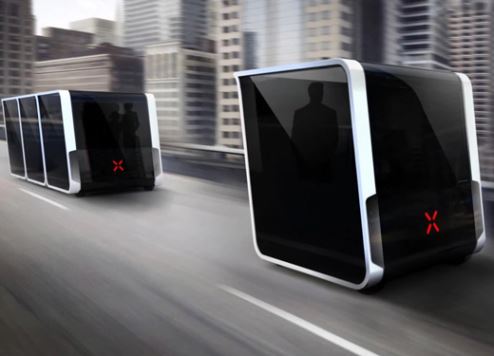 From solar-powered abras and driverless vehicles to in-taxi Wi-Fi and Smart Malls at metro stations, Dubai is taking transport innovation to new heights

Dubai has made no secret of its ambition to become the world’s ‘smartest city’. It’s all part of the Dubai Plan 2021, which aims to establish the emirate as a global leader in several diverse fields.

As you might imagine, transportation and infrastructure play a key role in the development of ‘Smart Mobility’ given Dubai is one of the world’s best-connected cities by air.

On the ground, the government’s Roads & Transport Authority (RTA) is pioneering several initiatives that not only facilitate the smarter movement of residents and visitors around town, but meet Dubai’s smart goals for living, the environment and the economy too.

One of the latest concepts spearheaded by the RTA is the Smart Mall, which has been introduced at four Dubai Metro stations.

“The Smart Mall concept rolled out by RTA in collaboration with Etisalat is the first of its kind worldwide enabling Dubai Metro commuters a smart shopping experience via an interactive, high-definition 3D digital screen spanning nine square metres,” explains RTA director general and chairman of the board of executive directors, HE Mattar Al Tayer. “It enables two people to process their purchase transactions at a time.”

The Smart Mall concept originally sold food and snacks, but has been expanded to include other products. Al Tayer says plans are afoot to introduce clothes and electronics soon.

In the Smart Mall, customers can add items to a virtual shopping cart. They make their payment via credit card, and the goods are delivered at a time and to a place of their choosing.

“Dubai is a city characterised by a quick tempo that is evident in the daily hectic life of people. In this regard, the Smart Mall project fits well with the quick life trends by capitalising on the technological advancement of Dubai city. It enables individuals to shop on the go rather than set a time for grocery shopping,” he adds.

Dubai Metro has become popular mode of transport in Dubai, but taxis offer value for money too, even more so now they offer free Wi-Fi and interactive LCD touchscreens.

Another ‘Smart Dubai’ initiative, the RTA’s Dubai Taxi Corporation (DTC) trialed both services last month (December), and they will now be rolled out across the entire fleet.

“Customers will also be able, for the first time, to calculate taxi fares in advance,” he adds.

The screens will also be used to run customer satisfaction and “happiness” surveys.

Providing sustainable transport options is also high on the RTA’s agenda with traditional abra boats that ferry visitors around Dubai’s waterways getting a revamp with ‘green’ journeys in mind.

The authority recently announced the formal operation of the Middle East’s first solar-powered abra, which has been deployed at Al Mamzar.

The abra’s roof is fitted with solar panels that generate energy to power the boat, with trials revealing the solar system can charge the battery up to 100% every day.

“The stored power would be good enough to drive the abra for five hours at the normal operating speed of 3-4 knots, and the residual power in the battery would be around 25%,” says Abdullah Yousef Al Ali, CEO of RTA Public Transport Agency. “The system requires about six daytime hours to recharge the battery in full.”

The RTA has also deployed six electric-powered abras at one of the city’s top tourism attractions, Global Village.

However, one of the RTA’s most cutting-edge projects to date is the trial operation of autonomous (driverless) vehicles.

The authority recently teamed up with Dubai Properties to operate the smart vehicle in the Business Bay district along a 650-metre track. Previous trials have taken place at Dubai World Trade Centre and around Mohammed bin Rashid Boulevard in Downtown Dubai.

The electric-powered vehicle is 100% environment-friendly and can travel up to eight continuous hours. It can accommodate 10 riders (six seated and four standing) and can travel at a speed of 10 km/h. Safety is a top priority – the vehicle is fitted with a four-directional GPS System and uses laser sensors enabling it to spot any object 40 metres away. It can slowdown automatically once an object approaches in a range of two metres. If the object approaches less than two metres, the vehicle comes to a complete halt.

Customers taking part in the trial have reported a 94% satisfaction rate.

This trial is part of the RTA’s plan to test autonomous vehicle technology, particularly under the climatic conditions of Dubai, to educate residents and visitors about the concept, and to introduce them to Dubai Government’s strategy for smart vehicles aimed at converting 25 percent of total mobility journeys in Dubai to various types of driverless transit means by 2030.

“The practice also seeks to probe perception about autonomous transport through a questionnaire to capture their views and satisfaction rating,” explains Ahmed Bahrozyan, the CEO of RTA’s Licensing Agency and chairman of the Smart Vehicles Committee.

“The RTA is considering broadening the deployment of autonomous vehicles in other areas of Dubai including metro stations, malls and tourist spots.”