Dubai Opera to open in August 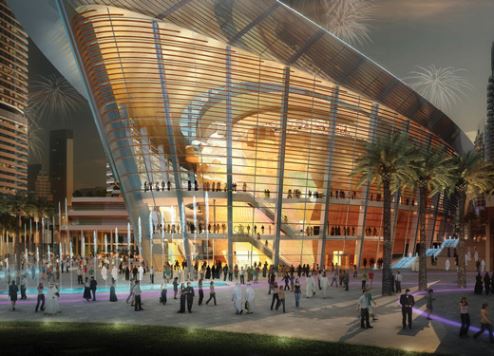 Work on Dubai Opera, the city’s first purpose-built multi-format performing arts theatre, will be completed in August, Emaar Properties has said in a construction update on its website.

The developer said the project, which is located in Downtown Dubai, is “showing good progress”, with the concrete and steel structure works completed.

“Ongoing works are vertical transportation, interior fit out, stage engineering, joinery, façade, roofing and metal. There are also other installations such as water features, kitchen equipment, auditorium seating, fit out, MEP and finishing,” the company said.

The hotly-anticipated venue will be able to seat up to 2,000 for a theatrical production and up to 1,000 for a gala dinner.

It has been designed to reflect the cultural heritage of Dubai, taking artistic inspiration from the vintage dhows for which the UAE is renowned.

They span opera, ballet, classical music and family entertainment with the ‘king of opera’, Plácido Domingo, playing the first concert.

Bejart Ballet Lausanne is scheduled to perform Ballet for Life and a Ballet Gala of Seven Greek Dances, Piaf and Bolero.

Dubai Opera will also host entertainment shows including Impossible, which features live performances from some of the world’s best illusionists, The Nutcracker on Ice and Slava’s Snowshow.

Emaar Properties has also reportedly awarded a $136 million contract for the construction of the Opera Grand Tower as part of the new Opera District in Downtown Dubai.

The Opera District will also have a large public plaza, amphitheatre and bridges to the Dubai Mall.