Dubai 'on track to be regional cycling hub' 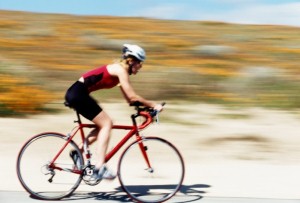 Dubai could play a leading role in transforming the UAE into a regional hub for cycling.

This is according to professional cyclist Sean Kelly, who spoke to Gulf News about the number of events and possibilities available in the city.

Mr Kelly is currently in the sheikhdom to compete in the Spinneys Dubai 92 Cycle Challenge, taking place today (December 13th).

He said: 'Organising more events here will only highlight cycling and attract more people into the sport. People are more conscious about staying fit and, contrary to Europe at this time of year, the weather is suitable.'

The contest is a 92 km route across Dubai, taking in many of its scenic views and landmarks, which has been running since 2010. It is the largest of its kind in the UAE and more than 2,000 amateur cyclists from around the world are expected to participate this year.

Yet this is far from the emirate's only cycling contest as it will host its first ever Dubai Tour in 2014. This will feature almost 400 km of racing, spread over four different stages between February 5th to 8th.

The first event is will be individual time-trials over a ten km route, followed by a 121.6 km speed run, a 162.3 km mountain stage and a final 124 km sprint, all starting from Dubai World Trade Centre.

Mr Kelly said: 'In two or three years' time, the tour will come up in standard and become one of the most important events with all the big names coming here.'

Next year's inaugural competition, organised in partnership between Dubai Sports Council and RCS sport, will feature 16 teams, each consisting of eight riders. These are made up from 11 teams under the Union Cycliste Internationale, the sport's official body.

It is the first of a series in regular sporting occasions planned for this season, which will expand the emirate's international presence in the sporting world. The tour will also be televised in various countries, again adding to its reputation.