Dubai on the fast-track to becoming a global economic power 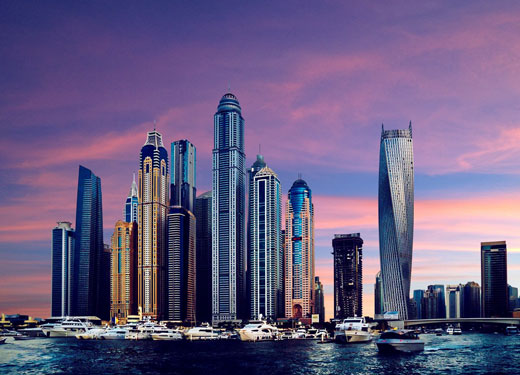 Already recognised as one of the world’s most dynamic cities, Dubai’s vision to become the capital of the world’s Islamic economy is now starting to take shape, with the fast-growing sector accounting for 8.3% of the emirate’s total GDP according to new government statistics.

The sector has registered compound growth of 14% since 2014, outpacing the global average, according to a presentation by UAE Minister of Economy Sultan bin Saeed Al Mansouri at last week’s Global Islamic Economy Summit 2018 (GIES) in Dubai.

Al Mansouri said new innovations including blockchain technology, artificial intelligence (AI) and digital currencies were transforming the global Islamic economy, and Dubai’s efforts in each area meant the city was well placed to capitalise on the sector’s growth.

"As the largest event of its kind on a global scale, the GIES is the most fitting platform to address these issues and present outcomes that highlight the advantages of the new economic reality," said Al Mansouri.

More than 3,000 delegates attended the summit, which was organised by the Dubai Chamber of Commerce and Industry and the Dubai Islamic Economy Development Centre (DIEDC).

A key topic of discussion was the recent publication of the 'State of the Global Islamic Economy Report 2018-19', which ranked the UAE first worldwide across five Islamic economy sectors.

The report revealed the total value of Islamic finance assets held worldwide now eclipsed $3.8 trillion, while the halal food and beverage sector is expected to be worth $1.9 trillion by 2023.

As the region’s most important trade and finance hub, Dubai is spearheading the country’s efforts in this fast-growing sector of the global economy.

Meanwhile, the GDP impact of Muslim travel in the Middle East is forecast to hit US$36 billion by 2020, up 21% from $29.7 billion in 2017 and representing 19% of the total global GDP generated by the end of the decade, according to the ‘Global Economic Impact of Muslim Tourism and Future Growth Projection: 2017-2020’ report, published this month by Salam Standard.

The report revealed the UAE ranked second behind Saudi Arabia as the region’s most important tourism destination for Muslim travellers.

“The figures speak for themselves; the Muslim travel sector is playing an increasingly significant role in the economic wealth of Middle Eastern countries, particularly Gulf nations with vibrant and growing tourism industries and ambitious plans to develop them further, namely, the UAE and Saudi Arabia,” comments Faeez Fadhlillah, Co-Founder and CEO of Salam Standard and Muslim-friendly hotel booking portal, Tripfez.

“The robust growth in inbound and outbound Muslim tourism expenditure forecast for the region presents exciting opportunities for Middle East countries and destinations across the globe, promising a boost in GDP, tax receipts and job creation for those who tap into this potential.”

The GDP impact of the global Muslim travel sector is projected to reach $183 billion by 2020, up from $148 billion in 2017. The industry will directly and indirectly employ 5.6 million people worldwide by the end of the decade, the report reveals.

Meanwhile, a leading statistician has predicted Dubai will overtake London as the world’s most important city by the year 2100 as a result of population growth trends.

Speaking at the UAE Government Summit held in Dubai earlier this year, Dr. Hans Rosling, who is also the co-founder of data analytics specialist Gapminder, claimed that by the end of the century, 80 percent of the world’s population will be living in Africa and Asia. “The surge in population growth in [these regions will] make Dubai the centre of the world by 2100," Dr. Rosling predicted.