Dubai Marina the UAE’s most desirable place to live 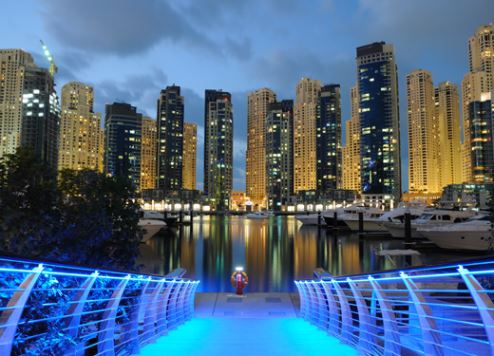 Dubai Marina has been named the most desirable location to live in the UAE, based on searches via classifieds website Dubizzle.com during 2015.

Dubbizle’s findings are good news for investors in properties developed by The First Group, with the Dubai-headquartered company’s first hotel opening in Dubai Marina.

The hotly-anticipated Wyndham Dubai Marina, which boasts magnificent views of the marina and adjacent coastline, features 497 well-designed units, including 251 luxurious suites, and is within easy walking distance of popular local attractions such as Dubai Marina Mall and the bustling JBR Boulevard.

Additional facilities at the four-star property, which will be operated by the world’s largest hotel operator, Wyndham Hotel Group, include two F&B outlets (an all-day dining restaurant and a steakhouse); a spa, gym and swimming pool; meeting and conference space; an executive lounge and bar; as well as a coffee shop and souvenir outlet.

The First Group is also developing a property in the sought-after JVC area of Dubai.

The One at JVC will be managed by Ramada, one of the hotel industry’s most respected brands, which is also owned and operated by Wyndham Hotel Group.

The One at JVC is conveniently located just a short drive from the Dubai World Expo site and what is set to become the world’s largest airport, Al Maktoum International.