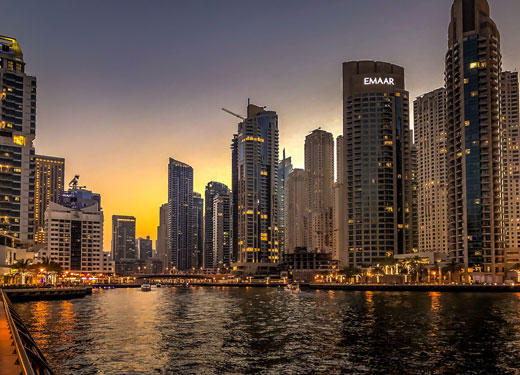 Total sales reached AED15.7 billion ($4.27 billion) in the three months to September, while sales in the final month of the quarter were up 18% compared to the previous month, according to data published by investment bank EFG Hermes.

Residential sales across all market segments drove the result with a significant number being in the off-plan category ($620 million), spelling good news for the city’s developers who plan to deliver more than 14,000 units before the end of 2018.

Already, almost 20,000 new units have been released to investors and end users in 2018, marking one of the busiest 12 months for the property sector for the past decade.

Next year this momentum will continue, with almost 34,000 units scheduled to hit the market through 2019.

These new developments will join existing inventory, which stood at 491,000 units at the end of 2017, according to JLL data.

In terms of sales in Q3, the most popular areas for residential investors were International City, Emirates Living and Mohammed Bin Rashid (MBR) City, according to EFG Hermes.

The latest data follows an earlier report by international real estate broker, Luxhabitat, which estimated the total value of Q3 property transactions to be in excess of $4.6 billion, up from $3.29 billion the previous quarter.

The firm estimated that 60% of properties sold during the period were off-plan, with popular areas of investment including Port de La Mer and Madinat Jumeirah.

The Luxhabitat report marries Dubai Land Department data that showed there were 39,802 property transactions worth $44.1 billion recorded in the emirate in the first nine months of the year.

The rise in residential sales comes amidst a period of significant economic growth in the emirate, spurred on by investments in key infrastructure ahead of Expo 2020 Dubai and an influx of new residents.

The city’s reputation as the UAE’s economic powerhouse is signified by the fact its daytime population swells to 4,291,400, as a result of workers commuting from surrounding emirates, most notably Sharjah.

This figure represents a 7.7% increase compared to the same period a year prior, DSC data revealed.

This rate of growth, as well as Dubai’s ambitious plan to attract 20 million visitors by 2020 and 25 million visitors annually by 2025, also spells good news for the city’s hotel investment sector.

The Director General of Dubai Tourism, Helal Saeed Almarri, believes the industry will thrive in 2019. "Dubai’s hotel industry remains at the forefront of cross-sector efforts to drive tourism growth, as we collectively work towards realising our Tourism Vision and enable our 2020 goals,” he says.

“Dubai’s position as the fourth most-visited city in the world, and the consistent growth in overnight visitation, has been achieved in large part thanks to the efforts of our committed stakeholders in the domestic hotel and hospitality sector.”