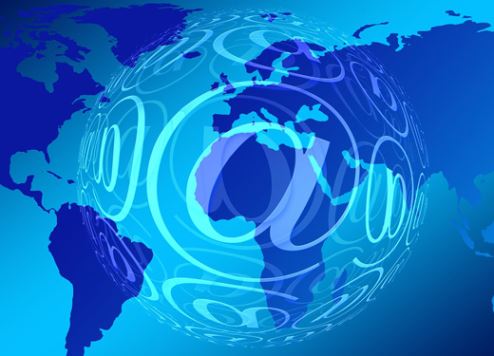 Dubai’s ambitious bid to become the world’s smartest city by 2021 has taken another step forward with the launch of an ambitious strategy based on the Internet of Things (IoT).

Announced last week by UAE Vice President, Prime Minister and Ruler of Dubai, HH Sheikh Mohammed bin Rashid Al Maktoum, the strategy aims to safeguard and promote the emirate’s “digital wealth and recognise pioneering public and private entities in the area through the Dubai Digital Certificates scheme”, according to a government statement.

"Dubai’s push to build the future today has helped establish a digital infrastructure that is now a strategic national asset in the wake of the Fourth Industrial Revolution," HH Sheikh Mohammed said at the official launch of the strategy, which was staged at Dubai Design District (d3).

"It is a fortune that all stakeholders in the Dubai government must work together to preserve. The Dubai Digital Certificates and the Dubai IoT Strategy mark the official launch of smart living in the emirate and we have directed all government institutions to cooperate and fully implement the initiatives by the year 2021."

According to a government statement, the Dubai IoT Strategy “seeks to build the world’s most advanced IoT ecosystem in the world’s smartest city to improve people’s lives”.

The ambitious plan consists of 121 smart initiatives, 200 databases and 1,129 smart services, and is expected to contribute AED33.8 billion to Dubai’s economy by 2020, according to official estimates. Open and shared data is expected to add AED10.4 billion to Dubai’s GDP by 2021, while Blockchain applications in government departments generate AED5.5 billion for the emirate’s economy by 2020.

Also speaking at the launch was HE Dr Aisha Bin Bishr, Director General of Smart Dubai Office, the government agency charged with rolling out Dubai’s smart city strategy. Dr Aisha said the new IoT strategy set the foundation “for the emirate’s smart digital transformation, and taking another step towards a better life and promising future for our people”.

"Dubai stands out as a preferred destination for business, work and tourism, which has transformed our society into a rich and diverse mix of cultures and nationalities. When we launched Smart Dubai three years ago, we sought to enable people to make use of the vast amounts of data generated every day in one of the busiest cities in the world. Today, as we launch the Dubai IoT Strategy, we provide the people of Dubai with an unmatched smart lifestyle."

The development of these initiatives – particularly the creation of Blockchain applications – spells good news for the huge and growing number of international investors in Dubai’s booming property market.

The Dubai Land Department (DLD) recently launched a world-first initiative based on the technological innovation that will make it easier for the city’s investors and tenants to make property-related transactions from anywhere in the world.

The system utilises an advanced database that records all property-related transactions made in the Emirate, including property acquisitions and leasehold agreements.

The database is linked to the Dubai Electricity & Water Authority (DEWA) and other government utilities and services to enable customers to make property-related transactions easily and efficiently, from anywhere in the world.

The system, which was launched under the slogan, ‘Simple, Secure, Fast’ underpins the Dubai government’s strategy to enhance the appeal of the city’s property market to investors.

“Our adoption of this system is aligned with our commitment to responding to the directives of HH Sheikh Mohammed bin Rashid Al Maktoum, Vice President, Prime Minister and Ruler of Dubai, to make Dubai the smartest city in the world,” says Sultan Butti bin Mejren, the director-general of DLD.

“This is a major step toward cementing Dubai’s position as the world’s smartest city, expanding our online partnerships with all government entities and real estate parties that our customers need to complete their transactions.”

Bin Mejren added that other stakeholders are expected to join the service in future, including banks and other mortgage providers.