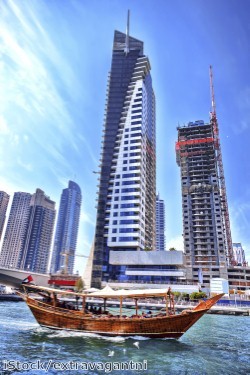 Organisations across Dubai are working to achieve the target set by Sheikh Mohammed bin Rashid Al Maktoum to attract 20 million visitors annually by 2020.

This includes the emirate's police force, which is keen to see tourists make return visits because their first was so enjoyable.

At the start of October, the service has launched a new campaign to raise awareness among Dubai's tourists about the region's culture and values.

The 'Emirates Welcomes Cultures' promotion - which kicked off on Wednesday October 7th - aims to boost visitors' knowledge on the traditions of the region and how to contact the police whenever they are needed.

"We will also be present in malls, airports, beaches and hotels. As part of the campaign, we also want to raise the awareness of service providers, such as taxi drivers, on how to treat tourists."

The campaign - which runs until the end of the year - has been developed in partnership with the Department of Tourism and Commerce Marketing (DTCM), Dubai Economic Department (DED), Sheikh Mohammad Centre for Cultural Understanding and the Roads and Transport Authority.

It is an example of how government departments and organisations across Dubai are working together to make the emirate a world-class destination for tourism and a place that people want to return to for future holidays.

To spread the word, brochures, signs and social media promotions have been created - both in English and Arabic - to make sure the campaign is as successful as it can be. In addition, tourism security officers will be dotted around the emirate to offer help and advice.