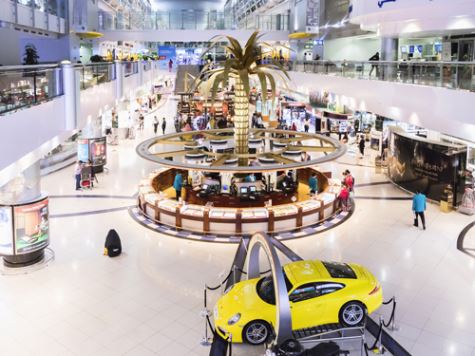 Passenger traffic at Dubai International reached 6.68 million in July 2015, up 29.6 percent on the same month the previous year when traffic numbers were impacted by the airport’s runway refurbishment programme.

Passenger numbers in July totaled 6,682,676 compared to the 5,155,771 handled in July 2014 when the airport was reduced to one runway while a billion dollar refurbishment programme was conducted over an 80-day period.

In terms of total passenger numbers, the GCC outperformed the other regions surveyed combined (+374,422 passengers), followed by the Indian subcontinent (+349,493) and Western Europe (+245,701 passengers).

The top five countries in terms of passenger traffic were India, UK, Saudi Arabia, USA and Pakistan with London, Doha, Kuwait, Mumbai and Jeddah heading up the list of most popular destinations served from Dubai International.

The number of flights also rose dramatically in July to 33,650, an increase of 35 percent from 24,925 recorded during July 2014, again due to the effect of the runway closure.

Dubai Airport CEO Paul Griffiths said it had now “become the norm” for Dubai International to top the six million passenger-mark each month.

“Despite the high volumes we have maintained service levels by implementing detailed operational plans, boosting staff levels, intensifying communication efforts with our business partners and customers,” he added.