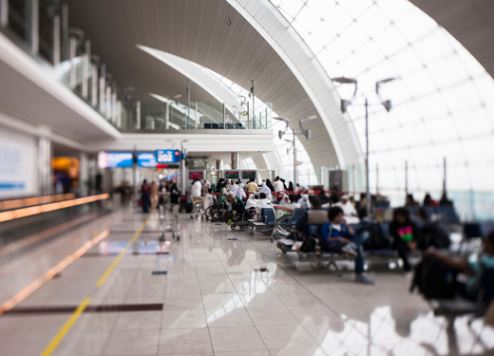 Dubai International (DXB) recorded its busiest month for passenger traffic on record in July with more than eight million passengers travelling through the airport, according to operator Dubai Airports.

During the first seven months of the year, DXB welcomed 51,120,057 passengers, up 6.2 percent compared to 48,124,043 passengers recorded during the same period last year.

South America was the fastest growing region for passenger volumes in July with traffic surging a significant 59 percent.

Asia followed at 20 percent – with China and Thailand as top contributors to traffic from the region – while Eastern Europe and Africa took third and fourth slots, up 16.3 percent and 9.1 percent respectively.

India retained its position as the top destination country with 1,028,508 passengers, followed by the UK (610,151 passengers) and Saudi Arabia (573,170 passengers). The most popular destinations served from DXB by traffic volume were London, followed by Kuwait, Mumbai, Bangkok and Riyadh.

With DXB’s ratio of wide-bodied aircraft continuing to drive airport efficiency, passengers per movement peaked at a record high of 243 during July, up 10.1 percent compared to 220 in July 2016.

“We have started the second half of the year on a very positive note and with the Islamic festival of Eid Al Adha coinciding with the summer rush later this month, the upward trend is expected to remain strong in the third quarter,” said Paul Griffiths, CEO of Dubai Airports.