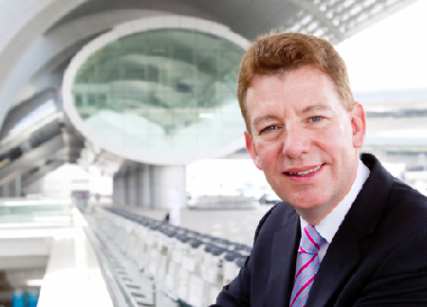 Dubai International Airport (DXB) is on track for “another record year” with the facility set to surpass the 70.5 million passenger mark it achieved in 2014, according to Dubai Airports CEO Paul Griffiths.

The latest figures reveal an 11.2 percent increase in traffic to 64.95 million for the first 10 months of the year (January and October) compared to 58.41 million during the same period in 2014, while passenger numbers in October totalled more than 6.25 million, up 4.4 percent from 5.99 million in October 2014.

Eastern Europe topped all markets in terms of percentage passenger growth with a 55.4 percent increase, followed by North America (+19.4 percent), as a result of Emirates increasing capacity on several routes and the launch of additional daily flights to both New York and Seattle, and Africa (+7.8 per cent).

In terms of overall passenger traffic, the Indian sub-continent was the top market during the month (+87,015), closely followed by Western Europe (+80,047). India remained the top country for passenger numbers, while Saudi Arabia, Pakistan and the US rounded out the top five.

“Traffic continues its steady climb as we approach the end of what will be another record year for both cargo and passenger numbers,” said Griffiths, who was recently named CAPA Asia Pacific Airport Chief Executive of the Year.