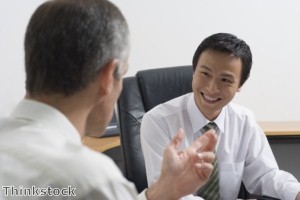 Dubai has won a place in the top three most popular destinations for wealthy travellers from China in 2014, according to new research.

The Hurun Report - produced by International Luxury Travel Market (ILTM) Asia and The Chinese Luxury Traveller 2014 - has revealed the emirate landed in third place this year, compared to eighth in 2013.

Of those surveyed, almost ten per cent named Dubai as the place they would most like to visit in the coming years. The majority of those questioned ranked the emirate in the top ten for its shopping experience - which was recently given the accolade of ‘best in the world’ by TripAdvisor.

During 2013, Dubai experienced a surge in the number of visiting tourists from China, up 11 per cent compared to the previous year, taking the total to around 275,675.

In response to the report, Issam Kazim, chief executive officer of the Dubai Corporation for Tourism and Commerce Marketing (DTCM), commented: “The continual increase in guests from China can be attributed both to the emerging middle-class and increasing propensity for people from China to travel overseas and to the focus of DTCM and our partners on growing this high potential market.

“With sightseeing and shopping high on the agendas of Chinese leisure travellers, Dubai is an ideal destination; while for business travellers, through its superior business offering. Dubai also offers the largest Chinese trading hub outside of China – DragonMart - with plans for expansion currently underway.”

As well as tourists, there has been an influx of visitors travelling to the emirate on business, as trade interests from Chinese investors are growing.

According to Rob Weeden, vice president sales and marketing at Shangri-La, Dubai is quickly becoming a popular stop-over point for those travelling to Africa.

He added that business travel is often a successful catalyst for family vacations. “It’s fair to say that there are blue skies ahead for Dubai as it relates to Chinese inbound tourism,” Mr Weeden concluded.