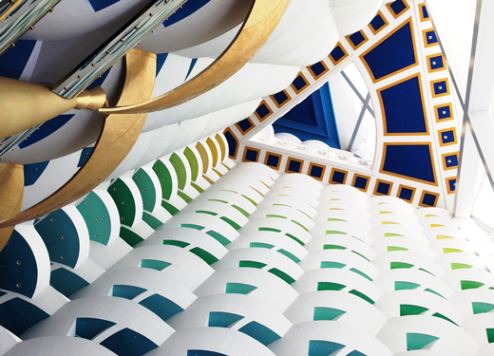 Dubai’s hotels are by far the most luxurious – and the most expensive – in the Middle East, the latest survey by Luxury-Hotels.com has revealed.

A league table of the region’s 10 priciest properties saw Dubai dominate the list, commanding slots one and two, four and five and seven to 10, with only two places contested by other Gulf-based hotels, one located in Oman and the other in Abu Dhabi.

Unsurprisingly, the iconic Burj Al Arab was the most expensive hotel in the Middle East with the seven-star property commanding a minimum nightly rate of US$1,928, followed by the luxury desert resort, Al Maha, which came in at $1,776 a night.

The survey compared all luxury hotels in the Middle East based on their cheapest available rate for a double room during November, the month when most destinations in the region achieve their highest rates.

In third place was Six Senses Zighy Bay beach resort in Oman with a minimum rate of $1330, followed by Jannah Place Hotel and the One&Only The Palm, which were the fourth and fifth most expensive hotels with rates of $1,271 and $1,024 respectively.

The sixth most expensive hotel was in neighbouring Abu Dhabi – the Zaya Nurai Island Resort ($919).

The survey was conducted in October 2016 and only two- and three-night stays were considered, excluding Sundays and Mondays.