Dubai has 'best hotel in the world' 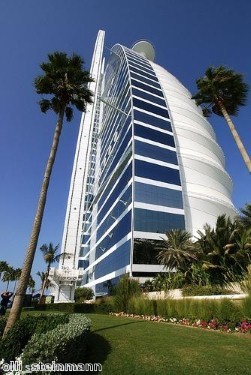 A survey carried out by the Daily Telegraph's Ultratravel revealed the emirate's Burj Al Arab is seen as both the leading hotel in the Middle East and the world.

This is the third year in succession that the hotel has received the latter accolade and the ninth year running it has been voted the best in the Middle East.

Gerald Lawless, Jumeirah Group’s president and group chief executive, stated: "I would like to thank the readers of Ultratravel for their vote of confidence, our guests for their continuous support and our many colleagues who deliver the service for which the hotel is rightly renowned."

He described the accolades as a "powerful endorsement" of Burj Al Arab's status as the world’s "most luxurious" hotel. The hotel is just one part of a thriving industry in the emirate, with investors from across the world keen to reap the rewards of this growing sector.

Claridge’s in London was voted the second best hotel in the world, while Paris' Four Seasons Hotel George V, Mandarin Oriental in Bangkok and The Peninsulan Hong Kong completed the top five.

Dubai International came in second for the best airport in the world accolade, being pipped to the post by Changi in Singapore.

The US was ranked the overall best country to visit, followed by Australia, France, Italy and Thailand. However, should Dubai's authorities bring their ambitious tourism plans to fruition, the UAE may make its way on to that list before long.