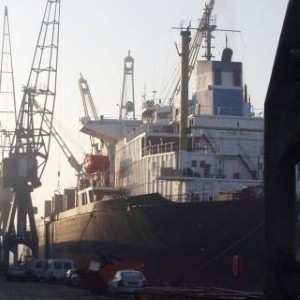 Dubai's exporters continued their impressive start to the year in March.

Figures released by the emirate's Chamber of Commerce showed the value of products and services sent overseas rose to AED 25.5 billion (£4.5 billion) last month. This is an increase of seven per cent when compared to the AED 23.9 billion recorded in February and five per cent higher than during the same period in 2013.

Countries within the Gulf Cooperation Council (GCC) proved to be the largest destination for Chamber members, with exports to the region accounting for over half the total monthly amount. Transporting products to these nations was worth AED 15.8 billion, equating to a month-to-month increase of 15 per cent.

The rise in the amount of goods shipped to the GCC is partially down to a 33 per cent surge in imports by Saudi Arabia. This made up 35 per cent of total global exports during last month, making the country the number one destination within the Council.

Kuwait was second in line, with exports to the nation increasing by 23 per cent when compared to February. The total value of products and services sent to this location came out at AED 1.8 billion, a ten per cent jump against March 2013.

Meanwhile, exporting to non-GCC countries also recorded month-to-month growth of five per cent, reaching AED 7 billion. However, this represented a drop of four per cent when compared to figures achieved the previous year.

Algeria was named the most important destination, with the nation recording a month-on-month surge of 98 per cent in the value of goods sent there. Egypt also registered a growth of 28 per cent against results from February. Exports to Iraq and Yemen fell by eight per cent and 11 per cent respectively.

The study found exporting to countries which are not part of the Council was less concentrated on a single nation. Destinations such as Libya, India, Jordan and Ethiopia accounted for between three and eight per cent of the total number of products shipped outside of the GCC.