Dubai enhances reputation as one of world's premier spa destinations 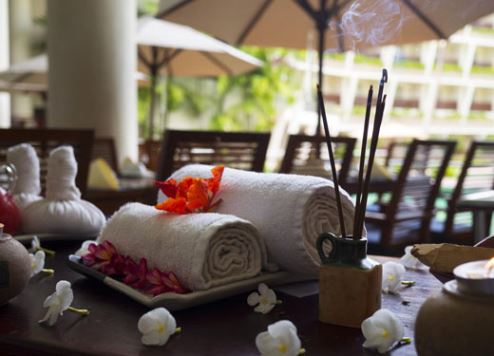 Already recognised as one of the most popular destinations for spa-loving holidaymakers anywhere on the planet, Dubai is set to consolidate its reputation with the number of spas operating in the emirate set to rise by more than 10% annually until 2021, according to a new report issued by Colliers International.

According to the report, entitled Spa and Wellness Travel and produced for this year’s Arabian Travel Market, the number of five-star hotel-based spas will rise from 107 last year to 157 by 2021.

Recent high-profile openings include The Spa at Palazzo Versace Dubai and The Bulgari Spa, which will contribute to projected annual spa revenues in the emirate of US$495million, by 2019, according to Visit Dubai.

Commenting on the report’s findings, Simon Press, senior exhibition director of the Arabian Travel Market, said: "Regionally, the spa sector is multi-faceted and sensitive to events and developments in many other sectors, including global health, beauty and wellness trends. In 2017, we saw focus increase across these areas and Dubai was quick to capitalise and innovate, with the debut of a number of luxury-branded hotel spas.

"However, spas are no longer associated exclusively with the luxury market. As a result, we see more choice at various price points, a diversification in treatments, competitive marketing techniques and an increase in the number of spa management courses available to professionals. In 2018 and beyond, we expect to see these trends converge, further cementing Dubai and the region’s reputation as a leading medical, wellness and health destination," Press added.

In the report, Colliers analysed data from spas representing 369 treatment rooms across Dubai and Abu Dhabi, highlighting nuances in demand and revenue trends. In Dubai, the average treatment rate is AED394, with approximately 22 treatments sold per day. In terms of the guest profile, 58 percent of spa guests in Dubai are female.

In 2015, wellness trips to the GCC increased 44 percent compared to 2013, while the number of spas increased 27 percent.