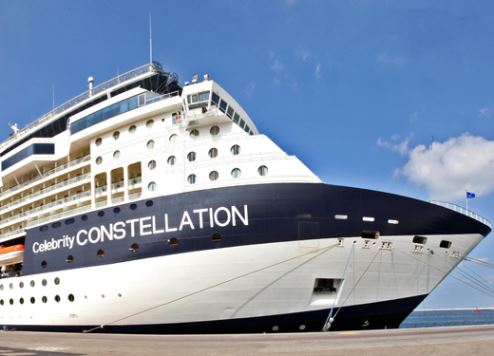 Celebrity Constellation has made her maiden call in Dubai, as part of her inaugural season sailing in the Gulf region.

Al Falasi said the arrival of Celebrity Constellation, which is part of the Celebrity Cruises fleet, took Dubai another step closer towards its goal of becoming a leading global cruise destination.

The emirate anticipates more than 600,000 cruise tourists during the 2016-17 cruise season, but aims to at least double this number to one million plus by 2020.

Celebrity Constellation is the latest premium cruise ship to visit Dubai. The 91,000-tonne, 294-metre-long vessel features extensive family amenities, with some of the most expansive children's facilities in the Celebrity fleet.

The luxury liner is set to sail two nine-night cruises in the UAE and Oman, as well as longer trips from the UAE that follow the ancient Spice Route to the Indian cities of Cochin, Mangalore, Goa and Mumbai, before returning to home port in the UAE.

The current cruise season, which started in October, will include 157 ship calls, including 10 maiden calls, before it wraps up in June next year.

For passengers onboard Celebrity Constellation, highlights of the cruise include the culinary delights of rustic open kitchen concept of Tuscan Grill and Bistro on Five, along with relaxing treatments at the new Canyon Ranch Spa.

The vessel also features what is being billed as the first Apple Specialist at sea – the Celebrity iLounge, a one-of-a-kind internet lounge with iLearn classes for photography, video and audio skills.

Younger guests can head to Fun Factory for an enjoyable day of games and activities, while teenagers can experience the newest gaming consoles at X-Club.