‘Dubai best in the world for hotels’ 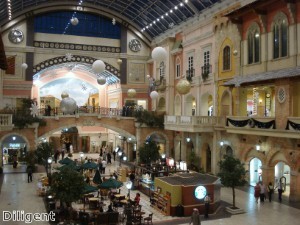 The city of Dubai has been named as the best destination in the world for hotel stays and shopping, according to new research.

TripAdvisor’s second annual ‘Cities Survey’ collated information from over 54,000 responses from recent reviews to find out how cities fared in a number of areas. After completing the analysis, the travel site determined that Tokyo offered the best overall experience.

However, Dubai ranked number one for its shopping experience, beating the likes of New York and Paris. The city also came first in the ‘Best for Hotels’ category, coming ahead of places like Cancun in Mexico and Bangkok in China.

The results of the survey clearly suggest that Dubai is becoming a popular among travellers looking for a taste of the luxury lifestyle and some retail therapy. According to  Helal Saeed Almarri, director-general of Dubai’s Department of Tourism and Commerce Marketing, the emirate is working hard to attract more visitors than ever and even has ambitions of becoming the most visited city in the world.

He told the Asharq Al-Awsat: “Just one year after launching the Tourism Vision for 2020 project, we have taken important steps to achieve the goal of attracting 20 million visitors to Dubai by 2020. This includes the UAE winning the bid for the 2020 World Expo for Dubai, completing the first phase of the second international airport in Dubai and opening a number of hotels and tourist attractions across the emirate.”

“We have seen a 10.6 per cent rise in visitors to Dubai hotels since 2013 and this is an important indication that we are on the right track towards achieving our goal of being the most visited city in the world.”

According to the survey, New York City is the best in the world for restaurants and nightlife and won second place for overall experience. Singapore ranked number one for comfort when travelling alone and second in several categories, including taxi services, cleanliness, ease of getting around and family-friendliness.