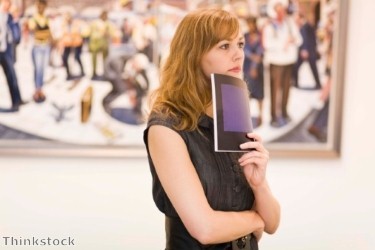 Dubai is setting things in motion to become one of the Arab world's top centres for art, design, film and fashion - sectors that cities outside the Gulf historically dominate.

The emirate is known as a hub for trading, banking and, increasingly, tourism, rather than a centre for the arts, but it intends to challenge this and add being a creative hub to its portfolio.

Dubai has many advantages over older Arab cities, such as security, a cosmopolitan lifestyle and comprehensive travel links to the Gulf and rest of the world.

It has committed itself to spending millions of dollars to achieve its dream and will use the latest technology, while working closely alongside state-linked companies to develop the project in the same way it kick-started other industries, such as tourism.

Amina Al Rustamani, group chief executive of TECOM Investments, told Reuters: "We want to encourage local and emerging talent from within the region."

To fuel the creative fire, TECOM Investments is building a 21 million sq ft area called the Dubai Design District, which artists and other innovators can call home when it is completed.

Tenants will include galleries, studios, workshops and boutique fashion stores, while there is also space planned for offices and residential buildings. The first phase, which will cost AED4 billion (£743.5 million), will open this year and over 200 companies are to be involved.

The Dubai Design and Fashion Council, a state-funded organisation, has also put plans in place to set up a design school for students from across the globe. The body aims to become an incubator for new businesses based in creative sectors by providing support and advice.

Nez Gebreel, chief executive of the council and the man behind the businesses of David and Victoria Beckham, said: "The ingredients for success come from the grassroots.

"We’re just creating the conditions which will allow people to flourish, and which don’t necessarily exist elsewhere in the region."