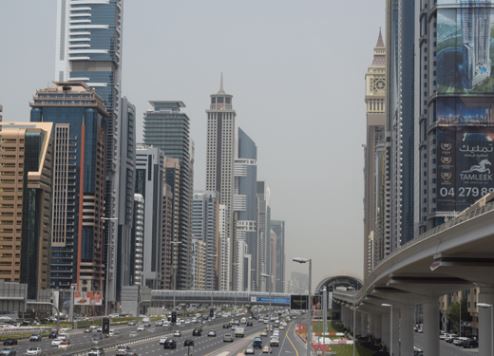 In a little over two decades, Dubai has emerged as one of the most important destinations for business and leisure travellers anywhere in the world.

Just last week, the emirate further consolidated its reputation as the Middle East’s most popular tourism destination, winning the top prize at the Middle East instalment of the World Travel Awards.

The honour capped a big night for Dubai at the annual travel awards ceremony, which was this year staged at the Armani Hotel in Downtown Dubai.

More than 400 industry identities attended the awards ceremony. Speaking at the event, World Travel Awards president and founder Graham Cooke said: “It is an honour for us to return to Dubai for our Middle East Gala Ceremony 2017.

“We have seen some deserving winners recognised here this evening at the Armani Hotel Dubai and my congratulations to them all.”

Commenting on the win, Issam Kazim, CEO of Dubai Corporation for Tourism and Commerce Marketing (DCTCM), says: “Tourism is a central pillar of Dubai’s economic growth and diversification, and the city continues to be a must-visit destination for both business and leisure travellers – increasingly including repeat visits.

“But, in order to remain globally competitive, we must continuously innovate and adapt to the evolving nature of the travel industry. This forms the basis of Dubai’s strategy, ambition, and our determination to maintain and grow our standing as a premier global travel destination.

“In accordance with our Tourism Vision 2020, we are working tirelessly with our industry partners to broaden Dubai’s offering across events, attractions, infrastructure and services. We are therefore honoured to have received these accolades that demonstrate that once again, Dubai is pioneering tourism in the region.”

Dubai remains on track to record its best ever year in terms of inbound tourism in 2017. The emirate welcomed 10.4 million visitors in the eight months to August, up from 9.61 million during the same period in 2016.

India consolidated its position as Dubai’s top source market, with 1.316 million visitors, up 21% compared to the 1.089 million who visited the emirate in the first eight months of 2016.

China and Russia remain Dubai’s fastest growing inbound markets, with 522,000 and 263,000 visitors respectively. These figures represent a 50% and 94% year-on-year rise in visitor numbers respectively from these increasingly important source markets.

Dubai is aiming to attract 20 million visitors by 2020, the year it hosts the Middle East’s first World Expo.

The city has positioned tourism, hospitality and the meetings, incentives and events (MICE) industries as pillars of its economic diversification strategy.

Dubai’s MICE business has grown exponentially over the past decade, thanks to key investments in major events infrastructure, including new meetings space and upper midscale hotel accommodation that appeals to business visitors.

New developments such as these have helped Dubai Business Events (DBE), the city’s official convention bureau, attract a larger number of major conferences and events to the emirate.

In the first half of 2017 alone, DBE secured the right to host a total of 97 major business events, including conferences, exhibitions, meetings and incentive trips.

These events are poised to bring more than 51,636 delegates from around the world to Dubai, resulting in an expected economic impact of approximately AED375 million.