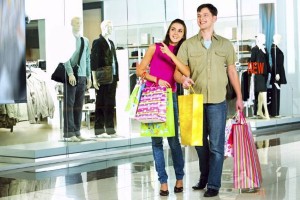 The organisers of the annual Dubai Shopping Festival (DSF), which kicks off in less than a month, will be focusing on China, Russia and India when promoting the event later this year, as these countries are viewed as key markets.

As revealed earlier this year, the 20th edition of the festival will take place between January 1st 2015 and February 1st.

The Dubai Festivals and Retail Establishment (DFRE), the team behind the event, have recently launched an international marketing campaign to promote the extravaganza under the slogan '20th Anniversary - A Journey of Celebrations'.

In the early promotional stages of the campaign, the organisation will be focusing on China, Russia and India, while the later phases will target countries in the Middle East and North Africa region and local audiences in the UAE.

Laila Mohammed Suhail, chief executive of the DFRE, said: 'The campaign aims to showcase the fact that DSF has grown from being just a festival where one merely visits to make purchases or pick up bargains to a destination where people can actually be thoroughly immersed in, as they shop and make their personal choices, whether it is shopping for electronics or food or even for entertainment or hotel accommodation.'

The festival was launched in 1996 with the aims of promoting Dubai as a world-class destination for family tourism, based on the directives of Sheikh Mohammed bin Rashid Al Maktoum, ruler of the emirate, and vice-president and prime minister of UAE.

Since its beginnings, it has attracted 56 million visitors to the region, spending a combined total of AED145 billion (£25 billion). The DSF is also recognised as one the year's most impressive events, with this year's edition being crowned 'World Festival and Event City’ by the International Festival and Events Association.

Over 70 malls and 6,000 retail outlets take part in the DSF every year, offering massive discounts on a selection of products to customers, including gold, perfume, cars and electronics.