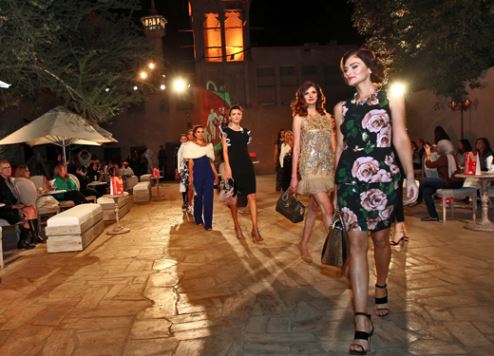 Sustaining the Dubai Shopping Festival (DSF) legacy of hosting the most innovative and distinctive fashion events and activations, the 2017 edition has seen the return of the fun and engaging pop-up fashion shows - “Street Runways” - for a second time.

DSF 2017, which is organised by the Dubai Festivals and Retail Establishment (DFRE), an agency of the Department of Tourism and Commerce Marketing (Dubai Tourism) has joined forces with the fashion gurus of social media to stage four shows designed to entertain audiences across the city.

The “Fashionistas” are being challenged to work with the brands to curate the fashion show and to be advocates of each of the runways.

Street Runways made its first appearance at this year’s Dubai Shopping Festival with a futuristic-themed private event at Dubai Future Foundation (3D Office at Emirates Towers) on December 29.

An audience of 55 VIPs, participating retailers, media and key influencers were treated to an exclusive fashion show, thanks to event partner, the French retailer Galleries Lafayette.

The second fashion show, dubbed the ‘Active’ edition, took place at THE BEACH on January 5.

There are two more Street Runways scheduled to take place during the 34-day shopping extravaganza, which runs until January 28.

The ‘Twist in Time’ event will take place at the Gold Souq on January 21 and ‘Urban Trendy’ will be staged at CITY WALK 2 on January 25.