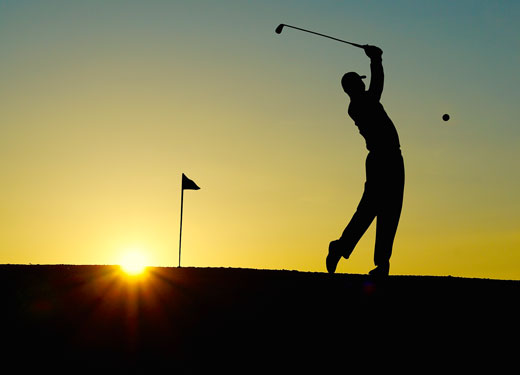 From sports and shopping extravaganzas to cultural and culinary experiences, Dubai promises a winter wonderland of unmissable events

As the world’s premier horse race and one of the richest events on the global circuit – with prizemoney worth a whopping US$35 million – the Dubai World Cup celebrates its 25th edition this season. Attended by the equestrian elite and international celebrities, the glamorous event staged at Meydan Racecourse will see fashion aficionados from near and far parading their sophisticated style until April 10, 2020.

Shop ‘til you drop – until February

Shoppers will find unbeatable deals on everything from fashion and jewellery to electronics and accessories at the annual Dubai Shopping Festival, which this year celebrates its 25th anniversary. Running from December 26, 2019 until February 1, 2020, Dubai’s malls and retail precincts will come to life for a festival not only brimming with special offers and prizes but one that delivers a line-up of thrilling entertainment from fireworks to fashion shows.

Tee off at the Omega Dubai Desert Classic

Back for its 31st year, this flagship golf tournament promises to be bigger and better in 2020 with more action planned on and off the course. Contested over the Majlis Course at The Emirates Golf Club, the event attracts the crème de la crème of the European Tour and boasts an illustrious list of past champions including Ernie Els, Tiger Woods and Rory McIlroy. The event, regarded as one of the most entertaining and closely fought tournaments on the European Tour calendar, takes place from January 23 to 26 and will give spectators the opportunity to get up close and personal with some of the sport’s biggest stars.

Make a ‘racquet’ at the tennis

The annual Dubai Duty Free Tennis Championships will return from February 17 to 29, 2020 with world-class players expected to wow the crowds. One of the most popular tournaments on the ATP and Women’s Tennis Association (WTA) World Tours, the two-week-long event has seen victories by the likes of tennis pros Rafael Nadal, Novak Djokovic and Venus Williams and last year’s edition saw Roger Federer win his 100th overall title and eighth Dubai title. The 2020 championships will comprise a WTM Premier 5 women’s event followed by the ATP 500 men’s competition.

For three days each year, Dubai's gourmets, gourmands and connoisseurs head to Taste of Dubai, a long-weekend festival of five-star restaurant food, tasting sessions, cookery workshops, talks and live entertainment. The annual event attracts some of the city's trendiest restaurants, which curate tasting menus with bite-sized portions of their best dishes, all for a fraction of the usual price. This winter’s event will take place from 5 to 7 March 2020 and will include interactive sessions with top chefs.

Get arty with top talent

The region's leading international art fair, Art Dubai, returns in 2020 for its 14th edition. With the aim of broadening the conversation on art beyond the traditional art centres and galleries, the fair provides a platform for emerging talent to be showcased alongside established artists. Taking place at Madinat Jumeirah from March 25 to 28, this edition will see galleries from around the world exhibit contemporary art pieces. There will also be a variety of talks, performances and special events to attend as part of the programming.