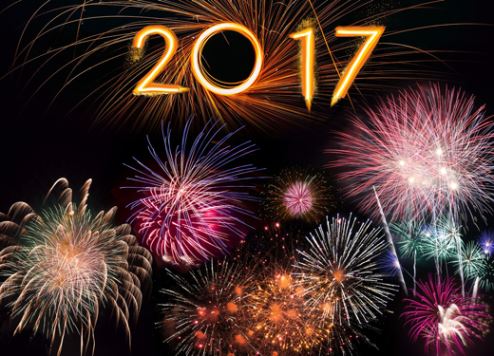 From festive markets to animatronic dinosaurs, there’s plenty of new experiences to keep you occupied in the city during the first month of winter

Have a roaring good time at Dubai Garden Glow

Approximately 100 life-size animatronic dinosaurs are bringing a Jurassic Park feel to Dubai Garden Glow, which opens this month. The stunning glow-in-the-dark theme park will showcase species from three pre-historic eras and all of the dinosaurs on display move their tails and heads, providing visitors with a thrilling insight into how these fascinating creatures behaved.

Navigate your camel – or car – through the desert

Arabian Adventures, which is part of the Emirates Group, has added several new exciting desert experiences to its roster, including a night-time safari, camel trekking, and a ‘Self-Drive’ 4x4 excursion. The Destination Management Company (DMC) has expanded its selection to include more innovative options for visitors seeking true Arabian-style adventure. The company now contributes a percentage of all fees to support desert life conservation in Dubai.

Get into the festive spirit

Dubai’s Christmas market is a citywide initiative with venues across town offering festive experiences, activities and shopping opportunities for visitors and residents alike. Venues of note include the Reform Social & Grill in The Lakes, which has set up a Santa’s grotto for kids eager to meet Father Christmas, and the ARTE market in Times Square Centre on Sheikh Zayed Road, which is hosting creative workshops and selling craft-based gifts.

Set sail on the high seas

Dubai has entered its biggest cruise season yet with more than 157 ship calls, 10 of which will be maiden calls, before it wraps up at the end of June. This month the city has already marked the arrival of Celebrity Constellation, part of the Celebrity Cruises fleet.  The luxury liner is set to sail two nine-night cruises within the UAE and Oman, as well as longer trips from the UAE that follow the ancient Spice Route to the Indian cities of Cochin, Mangalore, Goa and Mumbai, before returning to home port in the UAE. Celebrity Constellation is scheduled to have four overnight and six day calls to Dubai between now and 16 April 2017. This month several cruise lines will visit Dubai’s shores, so there’s no excuse to not jump aboard. Ship Ahoy!

Shop ‘til you drop

Celebrating its 22nd anniversary in 2017, the Dubai Shopping Festival (DSF) is the largest shopping and entertainment extravaganza in the Middle East. The longest running festival of its kind, DSF not only offers unbeatable deals and discounts, but is home to Guinness World Records, celebrity performances and plenty of amazing events to celebrate the emirate's favourite pastime - shopping. From fashion flash mobs to live raffle drawings, there's an event for everyone during DSF 2017, which kicks off on December 26 and runs until January 28. Whether you're exploring the old souks or the grandiose modern malls, there are plenty of ways to save and win during DSF, or try your luck at one of the daily raffles with prizes that include cash and even cars.

Celebrate the New Year with a bang

Once again Dubai will put on a New Year’s Eve bash like no other. Having already broken the world record for the largest and longest fireworks display in the world for the NYE 2014 celebrations, plans are on the way to make this year's New Year's Eve even more spectacular than ever before. Be prepared to experience the city come to life at the stroke of midnight and into the New Year with fireworks displays and light shows at iconic venues across town, from the Burj Khalifa to the Burj Al Arab.